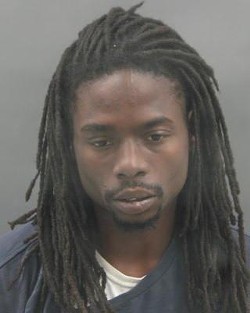 Christopher Walton-Jones, 19, was driving down North Broadway at around 10:30 p.m. September 22 when a pickup truck allegedly driven by Dailey entered the roadway and nearly struck Walton-Jones' vehicle.

Walton-Jones is being held without bond.