Bradley Fletcher Done For the Season 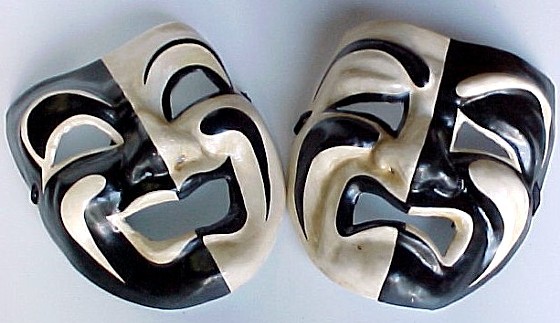 Question: What does a circle and the 2011 St. Louis Rams have in common?
Answer: Neither one has any corners!
(Cue rim job.)
Wait, no. Shot. Rim shot. Damn it. I always screw those two up. Which, coincidentally, is why you never, ever, ever want to go to a comedy club with me. It tends to get ugly in a hurry.
Anyway, enough about my problems with the comedy world, let's talk about the Rams. Though I suppose that still qualifies as the comedy world, really. Or maybe more of a tragedy.

Okay, so the Rams started out 2011 with two outstanding starting corners and one up-and-coming nickel who showed plenty of aggression and strength but needed to polish his overall game a bit. Depth at corner not the strongest aspect of the team, but definitely solid enough.
Training camp: down goes Jerome Murphy, the aforementioned nickel back. Ankle injury. Done for the season. Depth at corner a little worrisome; undrafted free agents being eyeballed.
Week one: number one corner Ron Bartell breaks his neck, offering up a strong candidacy for, "Most Shocking Injury Report Entry." Seriously. Ron Bartell has a broken neck. I know you know that; it just sounds so weird every time I say it. Bartell is out for the season, and his career is in at least a little bit of trouble. You know, on account of the broken neck. Depth at corner now in rather dire straits; Rams' front office pouring money into cyborg research.
Then, just this week, in a less-shocking but still hard to believe twist, Bradley Fletcher hurt his knee in practice trying to guard Mike Sims-Walker. At first there was hope the injury wasn't too serious, but yesterday following an MRI Fletcher is headed for ACL surgery and the injured reserve. Depth at corner now nonexistent; Steve Spagnuolo considering replacing 4-3 with radical 11-0 defensive alignment.
Two things stick out to me about Fletcher's injury. One, it's a bye week; how in the hell do you lose a player for the season during a bye week? That's more than just bad luck. That's evidence of witchcraft in my ever-so-humble. Someone check Pete Carroll's house for voodoo dolls.
Two, why in the world was Bradley Fletcher covering Mike Sims-Walker in practice? This just says to me the coaching staff doesn't know what they're doing. After all, the rest of the league has figured out the best way to guard Sims-Walker, and it isn't putting your best corner on him. Just let him run around out there on his own and he'll drop anything thrown his way. Easy coverage, far fewer knees blown out.
So what does this newest cornerback injury mean for the Rams? Well, it means Justin King is now the Rams' number one corner, and that means the season is now completely over. The Rams play Aaron Rodgers and the Green Bay Packers next week; if anyone offers you decent odds on Rogers breaking any or all single-game passing records, you take that shit.
It also means corner may have moved into a dead heat with wide receiver as the Rams' number one need in the draft next year. With Bartell's long-term future in jeopardy and Fletcher suffering his second knee injury in less than three years, the Rams are going to have to look long and hard at spending a high pick on help in the secondary. Luckily for them, they'll be picking plenty early in each round, so the talent should be there.