Obama "Stop the Pipeline" Protesters: Here's What They Want 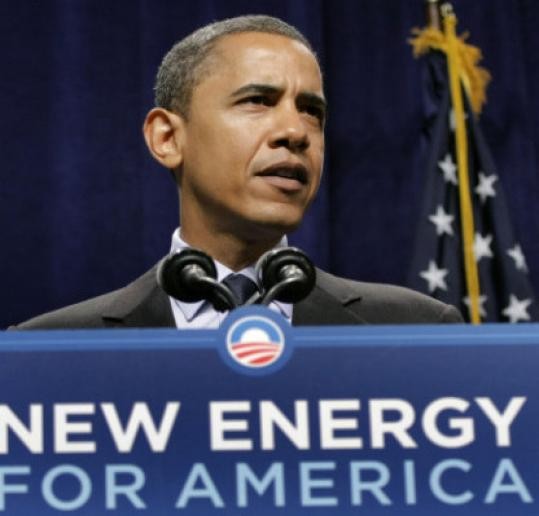 Writes Wagman, "It was unclear if the individuals who interrupted the president were affiliated with a group of Occupy St. Louis protesters who greeted the president's motorcade."

We here at Daily RFT hate confusion. So, in the interest of making the unclear clear, we talked to some people associated with the protest. And here's what we know.

1) They are not part of Occupy STL, although they share that group's frustration with the role of corporations in democracy. "There's a lot of overlap," acknowledges Maura Cowley, a co-director of Power Shift, one of the groups organizing yesterday's fundraiser protest.

2) The protesters are, instead, part of Washington University's Green Action group, along with the national organization Energy Action Coalition, which calls itself the "hub of the youth climate movement." That group says it was able to turn out about 100 people for a protest outside the fundraiser, with two members on the inside demanding answers from the President.

3) Their focus is the Keystone XL pipeline project. The 1,700-mile Keystone XL pipeline is designed to connect Canadian crude oil suppliers with Texas refineries. (It currently faces a lawsuit from environmental groups.) The protesters want Obama to veto the permit that would allow a pipeline expansion. Last month, more than 1200 people were arrested in Washington, D.C., while protesting the plan.

4) These young environmentalists campaigned for Obama in 2008, but they're feeling generally uninspired -- and they say they'll only feel sufficiently reinvigorated to fight for his cause again in 2012 if he takes a hardline stance on the pipeline.

Says Cowley, "In 2008, young people really took to the streets for Barack Obama. Their enthusiasm and hours of volunteer times pushed him over the edge and got him elected." But, today, "it's a deflated volunteer base right now." Halting the pipeline's permit, she says, would be a "great way to reignite his base" and get those volunteers back.

Alas, Obama was a bit short on inspiration yesterday, unless your name is Carnahan and you live in a big fancy house near Forest Park: The Prez, the students report, "avoided" their questions.

So: They're not part of OccupySTL, even if they may have some political beliefs in common. They used to campaign for Obama, but not in 2012 -- not unless he stops that pipeline.