Downtown St. Louis saw dozens of protesters this weekend marching outside the Federal Reserve, Bank of America, Kiener Plaza and other landmarks.

OccupySTL was a smaller version of Occupy Wall Street, a massive demonstration in New York City that resulted in some 700 arrests over the weekend. Protesters there and here say they're marching for 99 percent of Americans who've seen their income and economic opportunities diminish over the past decade.

Daily RFT freelance photographer Brian Villa was downtown Saturday and sent us over the following pics. 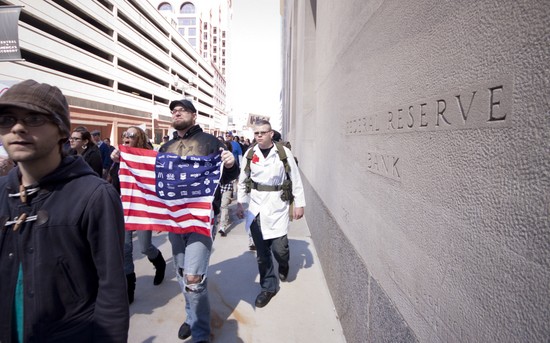