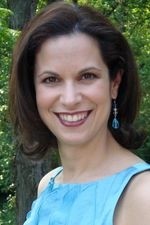 A few years ago while living out West, Sylvia Longmire, a retired U.S. Air Force captain and former special agent with the Air Force's Office of Special Investigations, noticed that the news media often bollixed its coverage of the Mexican drug war -- a topic she'd been tracking closely for California's Emergency Management Agency. News accounts tended to be underreported, sensationalized or couched as an issue that only existed south of the border.

So when Longmire followed her husband, an active-duty airman, to Belleville's Scott Air Force Base in 2009, she started a blog and expounded on the Mexican cartels in ways the media didn't. Soon, she was penning articles for foreign policy websites and trade magazines. When a producer asked Longmire if she'd thought about bringing all her material together in a book, she liked the idea.

This week, Longmire has published Cartel: The Coming Invasion of Mexico's Drug Wars. In it, she takes an analyst's perspective, weaving together hundreds of reports filed by law-enforcement and government-agency personnel, journalists, academics and concerned citizens. She also mixes in first-hand accounts from friends and acquaintances living in the trenches.

Longmire's message is simple: "It's not just Mexico's drug war," she says. "It's our drug war too. It affects every corner of the United States, not just the border."

The book is timely. Last year there were Mexican cartel operations in 270 U.S. cities; this year the number has surged to more than 1,000, according to the Department of Justice. Whether or not you approve of the American government's harsh stance on illegal drugs -- a business that rakes in an estimated $18-to-60 billion a year -- Longmire's book offers a compelling compendium that explains who the major players are, how dope is smuggled into America, and why the Department of Homeland Security might not have a clue. Through it all, she sprinkles in visceral details that are bound to cause a few shivers.

Why is the Mexican drug war an American problem?

Ninety percent of illegal drugs consumed by Americans come from the Mexican cartels. There are operatives in more than 1,000 American cities working either directly for a cartel or as a proxy. They use U.S.-based gangs, usually Hispanic or Africa-American, to contract out the work. Anywhere there is a demand for drugs in America, the chances are there's a link to Mexico.

Other than the physical smuggling, what other issues are at stake?

One major concern is the expansion of marijuana growers here. Millions of acres of taxpayer-funded national parks and forests are occupied by Mexican nationals, armed with AK-47s, who work directly for a cartel. There have been several instances of hikers being shot at, and a few instances of law enforcement officers being killed. They plant booby traps and stakes to warn people off. There are portions of national parks and wildlife refuges along the southwest border that are closed to the public -- where you could literally be arrested -- because of the marijuana growing and drug smuggling activity. 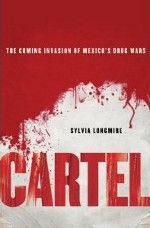 California has the biggest problem, but the others in the top 10 aren't even border-states. There is marijuana being grown by Mexican nationals in North Carolina, Tennessee, Kentucky -- even as far north as Michigan and Wisconsin.

How about the violence?

Drug seizures are up, but it hasn't slowed down cartels, who are more willing to engage in risky behavior when they get squeezed. In America, instances of violence aren't as common, but they're happening, and not just at the border. Two days ago there was a shootout on a highway in McAllen, Texas, between people associated with the Gulf Cartel. Several months ago there was a beheading in Chandler Arizona. It was the first-ever drug war-related beheading in the U.S. There was an instance a couple years ago in Las Vegas where a little six-year old child was kidnapped at gunpoint by men working for cartel. His Grandfather owed them over a million dollars He was probably a dealer who had a debt.

What are the solutions?

There's not one silver bullet. There have to be multiple solutions. First, both the Mexican and U.S. governments need to stop regarding cartels as simple criminal organizations. The government is so intent on fitting enemies in a box, and that's not case. The cartels have evolved into hybrid organizations that are a combination of organized crime, insurgency and terrorist groups. In my opinion we're bringing a knife to gunfight. We're trying to fight the cartels with tools we use to fight criminals.

We need to open up new lines of funding that enables both governments to reprioritize how they allocate resources. I'm not saying we need to build a 2,000-foot border fence, which is stupid. But the Department of Homeland Security doesn't have a comprehensive assessment of threats along the border -- how the smugglers are coming in and where to apply specific resources. Instead. we start talking about shutting down the border and kicking all the illegals out, which is completely ignorant.

And I firmly believe the U.S. government doesn't believe the Mexican drug war belongs on its top priority list, which has allowed the situation to get worse. It wasn't mentioned once in the State of the Union speech. It hasn't been mentioned in the GOP debates. Border security is occasionally mentioned, but only as a precursor to talking about immigration.

Can you give us a step-by-step breakdown on how the drugs are trafficked in?

The three drugs manufactured in Mexico are marijuana, which is grown; opium poppies, which are processed into heroin; and meth, which is created in labs. Cocaine is brought into Mexico from Colombia and other parts of South America. The drugs are taken to the border area and put into warehouses to divide among people, who cross the borders any way they can -- cars, backpackers, tunnels, drug-smuggling subs, ultra-light aircraft, containerships, you name it.

Then, the drugs are again taken to warehouses on the U.S. border side, where they're cut up, diluted, repackaged and redistributed to couriers who take them to hub cities across the country in cars, trucks and eighteen-wheelers. Sometimes the drivers of the eighteen-wheelers don't even know they've got them; they just pick up the trailers without knowing there are drugs inside. Hub cities include Denver, Houston, Detroit, St. Louis and Atlanta.

How are the cartels organized on the U.S. side?

The operatives at the top of the chain are very smart, because they isolate themselves from prosecution. The higher couriers usually don't know who they're working for. The operation is kind of like a terrorist cell structure. You could have a cell of members of La Famliia Michoacana, for example, working in Atlanta, and forty miles down road, there could be another cell, and the two cells may not know each other.

How is St. Louis impacted by the Mexican cartel?

It makes me so sad to have to talk about this, but the heroin trade St. Louis is exploding. [See Riverfront Times's recent coverage of the epidemic here.] The number of O.D. deaths have exploded in last couple years, and the heroin is being brought in by the Mexican cartels. Black tar heroin is considerably more pure and cheaper than brown powder. They're able to sell a lot of it. It's cleaner to use, meaning it can be inhaled or snorted, so it's more socially acceptable.