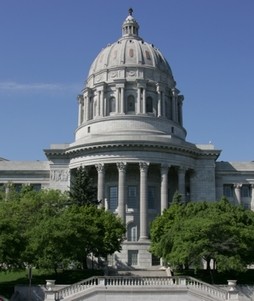 The state Senate leadership, notably Senate President Pro Tem Rob Mayer, R-Dexter, has said that they will likely not be debating or voting on any other bills this special session until after the two legislative chambers pass the economic development bill. The economic development bill, they point out, is the whole reason the special session was called-- the other bills are just side dishes.

So as the House and Senate go back and forth over the details of the proposal's tax credits, painstakingly inching toward agreement, the local control bill is stuck in a Senate-imposed queue. Again.

"I will admit that I am aggravated a little bit that it's getting held up," says state Senator Joseph Keaveny, D-St. Louis, the bill's sponsor. "But I'm optimistic that we can get it done."

He has good reason to be optimistic. The bill easily passed the House with a vote of 123 to 27. The police union is for it. Mayor Francis Slay is for it. Speaker of the House Steve Tilley is for it. Even local billionaire Rex Sinquefield is for it.

Nothing like legislative gridlock to stomp out a bill's momentum.

The special session delay is particularly frustrating for local control supporters because it is eerily similar to what happened to the bill in May, when it died on the last day of the legislative session after a group of senators held it hostage in order to push a tax reform proposal (which has since been resolved).

This time local control isn't alone. In fact, the House passed six bills in the first week of special session, including a bill to move the state's presidential primary election from March to February, which has nearly unanimous support from both parties. But since then, only two bills have reached Governor Nixon's desk: amendments to the "Facebook law" and the Missouri Science and Innovation Reinvestment Act (MOSIRA), which is tied to the economic development package but had to be passed separately due to legal technicalities.

Many assumed that Nixon wouldn't call a special session unless he was assured that the votes were already whipped into place for all the bills on the agenda. The degree of disagreement over the Aerotropolis proposal seemed to jolt some legislators into a mild panic, eliciting threats/propositions to call off the special session and retreat to the backroom drawing boards. Which basically meant that if the economic development package goes down, it's bringing local control and all the other bills on the agenda with it.

But special sessions are constitutionally allowed to last up to 60 days. So the House and Senate have until November 6 to figure out a deal on economic development. Also, the Senate has until then to vote on the bills that have already passed out of the House. You know, just so that this whole thing isn't a complete waste.