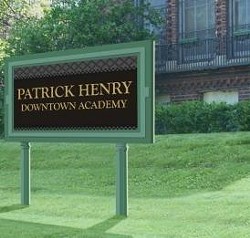 On paper the Patrick Henry Downtown Academy was a shining star for the beleaguered St. Louis Public School District. While other schools in the unaccredited district hemorrhaged students, Patrick Henry saw attendance improve twelve percent from 2007 to 2010. Last year the school had the highest elementary school attendance in the district at 97.3 percent.

But now all those achievements are in question following an emergency state audit of the school that found that school officials manipulated attendance figures. Employees at Patrick Henry say that principal Esparansa Veal forbid individual teachers from following district protocol that required them to enter their class attendance records into a computer database. Instead, Veal had the teachers tally the attendance by hand and then give it to another school official to enter into the computer. That official says Veal ordered her to "clean up" attendance figures before entering them into the database.

Like all schools, Patrick Henry gets state assistance based on the number of children in attendance. Moreover, schools that want to have the blessing of "No Child Left Behind" need attendance of 95 percent or better.

On the school's website, Veal writes about her teaching philopsophy:


"My goal as an educator is to not only create strong productive adults... it is to help create opportunities that will help to shape all of our SLPS children into strong productive adults who have hearts.... who care about themselves, others and their community. We have to not only implant lifelong excellent work habits into every student that walks through our school doors, but we also need to instill a sense of belonging...truly knowing in their hearts that someone on this Earth cares about their well-being and their future.

Patrick Henry Downtown Academy also did not document late arrivals or early departures, so students who only attended a partial day were counted as present the entire day, which inflates attendance percentages. Also, the school withdrew some students during short-term absences, which inflates attendance percentages because withdrawn students are not counted as absent during the time they are listed as withdrawn.

St. Louis Public Schools spokesman Patrick Wallace tells Daily RFT that Esperansa has been placed on administrative leave pending the outcome of an internal investigation. The school system says that a district review did not produce information suggesting that auditor's findings are indicative of a district-wide pattern of school sites failing to follow attendance and enrollment data collection procedures.