Cardinals Had 1.1 Percent Chance of Making Playoffs a Month Ago 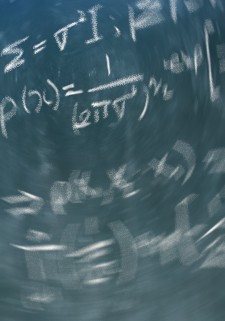 The Cardinals completed one of the most improbable comebacks in baseball history yesterday in defeating the Houston Astros 8-0 and winning the National League wild card.

On August 27 the Cardinals hit a season low when they found themselves 10.5 games off the NL Central lead and 10 games behind Atlanta in the wild card race. According to the website coolstandings.com, the Cardinals that day had a 1.1 percent chance of making the playoffs, based on a simulated remainder of the season that factored in all 32 MLB teams' performances over the year and then crunched the data millions of times.

Well, a funny thing happened in the month of September.

The Redbirds got red hot (going 21-9 over the remaining 30 games of the season), and Atlanta completed one of the greatest wild-card flops in MLB history. On August 23 coolstandings.com gave the Braves a 99 percent chance of making the playoffs.

According to Derrick Goold of the Post-Dispatch, the Cardinals late-season run was the fourth biggest September comeback in history -- surpassing the 1964 Cardinals entering the playoffs from 6.5 games back on September 20. (The Cardinals won the World Series, too, that year. Though perhaps we shouldn't get ahead of ourselves.)

As great as the Cardinals' run was this year, Tampa Bay's was even more impressive. The Rays had just a 0.5 percent of making the playoff on September 6 before clinching the wild-card with an extra-innings affair over the Yankees last night.

The Cardinals will play at Philadelphia on Saturday afternoon.