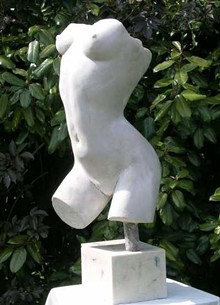 Update 2: Plaintiffs' attorney responds. Claims Koo has refused to take down photos that she wasn't given permission to publicize in the first place.

Five women who hired St. Louis physician Dr. Michele Koo to perform plastic surgery on them say they got a nasty surprise -- pictures of their naked torsos were posted on Dr. Koo's website.

And that's not all. The pictures came up in an Internet search of the women's names.

The shocking overexposure is alleged in a series of five lawsuits filed in St. Louis County Circuit Court last Thursday. All five women are represented by Neil Bruntrager of St. Louis and are identified only as Jane Doe.

The women say that their torsos were photographed before and after their surgery, naked from chin to waist. They believed the photos were taken for the "limited and sole purpose of rendering medical treatment and administrations" -- and they were specifically advised that their names would not be linked to the photos.

But it's amazing what a Google search can turn up.

A few years after their surgeries, the suit alleged, Dr. Koo launched a website. And it didn't just contain the before-and-after pics -- according to the lawsuit, the patients' first and last names were attached to the images.

Dr. Koo's office provided us with a written statement on September 28. We've printed it in its entirety:

I want to say that I am very sorry that this internet problem occurred. I have apologized personally to the patients involved. I sincerely regret that the protective mechanisms supposedly set up by the web host failed and allowed this problem to occur.

Like many plastic surgery practices, we use patients' unidentifiable before-and-after photos on our website for the purpose of educating other patients. We obtained the permission of the patients bringing these lawsuits, and did not post their pictures without permission.

Because of a data processing problem, a few photographs later were posted in a way that allowed some patients' names to be discovered.

When I learned of this issue, I personally advised the small number of patients what had happened. I asked my web host immediately to remove the images. We also took steps to assure that this kind of data breach cannot be repeated. The lawsuit contains a series of allegations against the physician.

The suits allege invasion of privacy, unreasonable "pubicity," breach of fiduciary duty and wrongful commercial appropriation and exploitation of the plaintiff's images and medical information.

The suits were first reported on courthousenews.com.
UPDATE: For more information from attorney Bruntrager, see our follow-up story about the status of the naked pics Dr. Koo's office posted online.