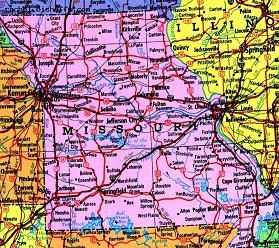 Missourians for Fair Taxation last week filed a lawsuit attempting to change the ballot language for two recent proposals that will ask voters to eliminate state income tax in favor of higher sales taxes in Missouri.

The group -- composed of Missouri real-estate agents and others opposed to the so-called "fair tax" -- contends in its lawsuit that the ballot language for the measure is too vague and needs to be rewritten. On September 14 the Missouri Secretary of State's Office approved two "fair tax" ballot initiatives to eliminate the state income tax and increase sales taxes. Both initiatives say that the effect of such a change could earn the state $300 million or cost it $1.5 billion -- a range of $1.8 billion.

Chuck Hatfield, the attorney for Missourians for Fair Taxation, says that such ambiguity fails to sufficiently advise voters. If the ballot initiative were a road map of Missouri, Hatfield says voters wouldn't know if they were headed to St. Joseph or Sikeston.

Moreover, two independent analyses of a "fair tax" on Missouri came to the conclusion that it would plunge Missouri into record revenue shortfalls.

The recent tax proposals put forth by financier Rex Sinquefield suggest that Missouri sales tax (currently capped at 4.225 percent) would be capped at 7 percent under the "fair tax." But that's way too low, according to a former state budget director, who suggested the state sales tax would need to be at least 9 percent (possibly 12 percent) to provide the same revenue as an income tax. Last month the Missouri Budget Project also released a study showing that a loss of Missouri income tax could cost the state $2.5 billion in revenue.

Meanwhile, the person who's supposed to provide the Secretary of State's Office with the official fiscal note on what the ballot initiative could cost the state has refused to venture a guess. Republican Tom Schweich says that there are too many variables involved for his office to roll-up its sleeves and crunch the numbers. (It's worth noting that Schweich was Sinquefield's preferred candidate for auditor, getting a $5,000 check during his 2010 race against incumbent Susan Montee.)

Earlier this year Sinquefield filed nine similar ballot initiatives to repeal the income tax. You can read the language for the two newest proposals here. In order to make it onto the ballot, the initiatives still would have to get more than 100,000 signatures representing at least eight percent of voters in two-thirds of Missouri's nine congressional districts.