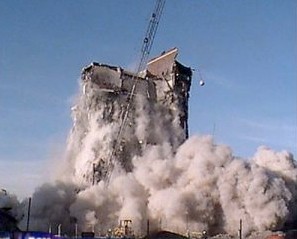 Maybe it's only fitting the Cardinals' bullpen went nova on them at the end, putting another sizable ding in the team's already-faint playoff hopes. After all, the season began with a bullpen implosion, as Ryan Franklin turned into a white dwarf before our very eyes and helped throw the team into the hole they've been trying to fully climb out of ever since.
So maybe this is the only way it could have happened, to see that big ol' wheel of destiny come around to the same place again, as the Cards play in the most important games possible, fighting for their lives. The team rises, the team falls, but there's always another reliever waiting to take up the mantle of goat when his predecessor falls. I like to call it the Circle of Life, but generally am not allowed to due to pending legal action by the Disney corporation. Stupid mouse.
It was Ryan Franklin and Miguel Batista at the start of the season, blowing games left and right and driving certain internet columnists to absolute distraction. (Seriously, I think there was a week in late April where I wrote something like five or six days in a row about the bullpen. It was miserable.) And, as plenty pointed out at the time, you don't get those games back just because it's April. If Tony La Russa and the rest of the braintrust had been a little quicker to pull the plug on the Franklinista Horror, well, let's just say I imagine the Cards would be glad to have about three or four extra wins right about now.
Yesterday it was Jason Motte, Marc Rzepczynski, and Fernando Salas doing the damage, turning a four-run lead into a two-run loss. And, try as I might, I can't find any way to pin this one on La Russa. Don't get me wrong; I would love to pen another vitriolic rant against the manager, but Tony's use of his relievers yesterday was spot-on. It just didn't work out.
Rezeczynski has been solid since coming over in the Colby Rasmus deal, while Motte and Salas have been among the team's best reliever all season. Motte didn't give up a single run in July or August, making 33 straight scoreless appearances. Salas was the steadying force the 'pen needed, stepping in and assuming closer duties when manager and pitching coach finally saw the writing on the wall regarding Franklin. He held the job and held it well most of the summer before hitting a speed bump or two and moving back into a game-finishing committee.
Both Motte and Salas look as if they're beginning to tire now, though. Motte in particular has thrown a ton of late; his appearance yesterday was his twelfth in the month of September alone, and his eighteenth since the 21st of August. Eighteen appearances in a month isn't unheard of, but it's a heavy load all the same. Very much a victim of his own success, Motte has seen the most work lately because he's been the best pitcher, and it's taken a toll.
I won't even mention the other obvious point, that Motte has been knocked around almost exclusively since becoming the latest pitcher to wear the closer's mantle. You'll hear it plenty enough elsewhere; "Jason Motte just isn't a closer. He just can't handle the unique pressure of the ninth inning." I'll skip the drivel and we can respect each other in the morning, okay?
Salas is in much the same boat as Motte. His 68 appearances this year between St. Louis and Memphis represents a new career high, and his increasingly important role throughout the season led to him being ridden pretty hard at certain points as well. He doesn't look hurt, by any means; only a little frayed at the edges. It's what happens when the bullpen is in flux, and there are only a few reliable arms to go to when the game is on the line. The guys who pitch well pitch the most, and end up wearing down at the end because of it. Motte's 75 appearances are a career high as well.
The Braves were idle yesterday, meaning the bullpen nightmare for the Cards only cost them half a game. It leaves them two full games behind Atlanta for the wild card lead, with six games left on the slate for both. The Cardinals finish out the string with the Cubs and Astros; the Braves play Washington and Philadelphia. Schedule-wise, the Cards still have the advantage; Atlanta could easily go 3-3 or worse over those last six. Playing two of the worst teams in the league, the Cardinals should go no worse than 4-2. If they can find a way to pull a sweep in one or both series, or if Atlanta should stumble even a tiny bit, the Cards could still sneak in to at least a tie.
Hope is very much still alive, but I have to say watching the bullpen yesterday brought back some very bad memories of the beginning of the season, and certainly put a damper on the excitement of the chase.