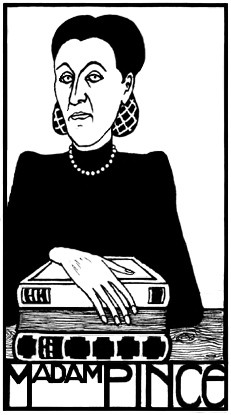 Hey, guess what kids? Banned Books Week starts on Saturday, and the fine, upstanding citizens of Republic, Missourah, are all ready to celebrate. In June, you may recall, Republic's school board banned two books from the school library: Slaughterhouse-Five, Kurt Vonnegut's classic account of the firebombing of Dresden during World War II, and Twenty Boy Summer, Sarah Ockler's not-quite-classic but still touching story of a girl trying to recover from the death of her boyfriend.

The banning was the result of a crusade led by Wesley Scroggins, a professor at nearby Missouri State University, who raised the issue at a school board meeting, even though his own children are home-schooled, and then continued his campaign with a sub-literate op-ed in the Springfield News-Leader. (Scroggins is a professor of management, by the way, not English, but does that excuse such sentences as, "In this book, drunken teens also end up on the beach, where they use their condoms to have sex"?)

But hosanna, hosanna, the ban has now been lifted! The Republic School Board voted 6-0 on Tuesday to restore the two books to the school library shelves. Well, in a half-assed sort of way. The books are back on the shelves, it's true, but in a special, secret section of the library, and only parents and guardians can check them out.

Right. So, uh, a kid who's really dead-set on reading Slaughterhouse-Five will make sure that her parents take the time to check out the book for her during school hours. Yeah. That's totally going to happen.

The Kurt Vonnegut Memorial Library in Indianapolis will continue to send out a free copy of Slaughterhouse-Five to any Republic student who requests it. "[The school board's] action didn't really end the ban," explained Julia Whitehead, the library's executive director.

The books are...being held in a "secure location" within the library, where students cannot access them. These barriers are tantamount to the banning of books and are clearly inconsistent with our democratic freedoms and the free flow of ideas represented by the 1st Amendment. How do we expect our children to grow up to be inquisitive, educated, participating citizens if we set up such barriers to accessing classic American literature, such as Slaughterhouse-Five?

Meanwhile, the Springfield-Greene County Library District, of which the Republic's public library is a member, is making out pretty well. It has 21 copies of Slaughterhouse-Five and 36 holds. As for Twenty Boy Summer, the public library has 11 copies and 37 holds. Author Ockler will headline the library's celebration of Banned Books Week with a talk on Friday, September 30, and Dr. William "Rodney" Allen, editor of Conversations With Kurt Vonnegut, will discuss the banning via Skype on September 29.