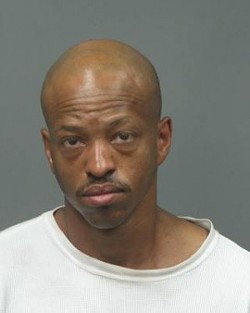 A suburban St. Louis woman was out running errands Tuesday morning when she returned to her home and caught a burglar frying bacon in her kitchen.

Kenya Ealy told reporters yesterday that the suspect tried to bar her from entering the home in the 6600 block of Crest Avenue in University City. Eventually Ealy and a friend were able to force their way inside and detain the intruder until the police arrived around 9:45 a.m. The suspect had possessions belonging to Ealy in his pockets when searched by police.

Damon Petty, 36, is now charged with first-degree burglary. Investigators believe he's responsible for at least one other break-in in the neighborhood.

Court records indicate he's been convicted of a string of crimes in recent years including domestic assault, unlawful possession of a weapon and tampering with property.

Petty is currently being housed on $25,000 bail in St. Louis County Jail, where the watch commander tells Daily RFT that inmates can always expect a hot breakfast.