The Rams Embarrass Themselves Again 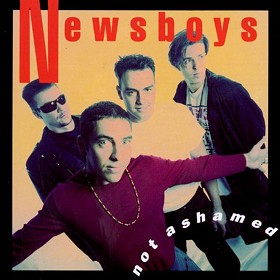 In what is quickly becoming St. Louis's version of Groundhog Day, the Rams beat themselves last night, with turnovers, foolish penalties, and pretty much any other variety of mistake you can think of the order of the day.
It didn't have to be this way, you know. To be honest, watching the game last night I couldn't help but think the Rams clearly looked like the superior team. The Rams' offense moved the ball almost effortlessly up and down the field for most of the game, and the defense harrassed Eli Manning, keeping him from settling into any kind of rhythm with the exception of one drive late in the first half when the Rams infuriatingly went into prevent mode. He did make enough throws later in the game to salvage his night statistically, but the fact is the Rams had the younger Manning brother on his heels most of the night.
And all of those mistakes were compounded by a coaching decision at the end I find more maddening than any blunder on the field. It was a terrible performance, and I wouldn't blame anyone for thinking this team already looks like more of a contender for a top five draft pick than a playoff berth. I wouldn't agree, but I certainly wouldn't blame you for the opinion.
First off, I would like to point out I was very right about Danario Alexander having a big game last night. I said, in previewing the game yesterday, I thought he would catch 5 passes for 120 yards and a touchdown. Final line for the man they call DX: 3 catches, 122 yards, 1 TD. Not too shabby, for Alexander or me. He didn't even need all five catches I was giving him to get his yards. It could have been an even bigger day for Alexander, too, as he was targeted a few other times, but he and Sam Bradford just couldn't get a couple of those hookups to take.
Now, having said I was right about Alexander, I now have to admit I was wrong about, well, pretty much everything else. I thought the Rams would be able to move the ball on the ground fairly well; they struggled badly to generate any kind of rushing game, with Cadillac Williams the rushing leader at 13 carries for 36 yards. I thought the Rams would be able to contain the Giants' receivers; New York wideouts made like the spirit of David Tyree had possessed them all, making acrobatic catches left and right.
Let's do this Good, Bad, and Ugly style, shall we?
The Good
Danario -- Oh, how I wish DX didn't have a knee problem. When he's on the field, good things happen. Only problem is, we never really know when his next surgery is going to be.
Sam Bradford -- The end line wasn't the best, with a low completion percentage overall, but Slingin' Sammy made some outstanding throws last night. The team had to go pass-heavy as time wore on to try and climb back in to the game, leaving the Giants to pin their ears back and blitz away, leading to worse numbers than Sam probably deserved. More time in this offense and Bradford is going to put up some monstrous numbers.
Josh McDaniels -- Speaking of the Rams' fancy new offense, we got a peak last night at what Josh McDaniels brings to the table. The playcalling was aggressive, creative, and effective. The two tight end sets haven't really shown up much just yet, but that probably has something to do with a rookie and a player making his season debut due to injury as the top TEs on the depth chart. The hurry-up run in the first quarter was absolutely inspired football; I'm hoping the Rams go more and more to that fast-paced paradigm as they become more and more comfortable with this system.
The Bad
Cornerbacks -- Bradley Fletcher is still really good, bullshit pass interference call or no. (As a side note, how long before the NFL just gets rid of coverage altogether and turns the game into a passing exhibition?) Beyond that, the Rams are completely screwed at corner after losing two of their top three corners for the season. If the Rams can't pick up another capable player to shore up the outside of their secondary, things are going to get ugly quick. Justin King is still terrible, and Al Harris is old.
Jerious Norwood -- Norwood is supposed to be the speed guy, right? So why is it whenever I see him he's either bottled up in the backfield after running into a blocker in the middle or being caught from behind by a defensive tackle? Colour me severely unimpressed with Norwood's performance thus far. 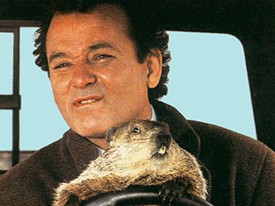 ​Sam Bradford -- Okay, so maybe it's cheating putting him on here in the good and bad sections, but I think it works. Bradford did some very good things, but he also had some real issues. Early last season, we saw him lock on to a target, telegraphing the pass with his eyes and missing open players elsewhere on the field. As the season went on, he improved markedly. Well, we're right back to square one in a new offense, with Sam clearly still thinking about where he wants to throw and looking where he's reading, rather than simply making the read and reacting. I expect it to get better, but Bradford isn't blameless in last night's poor showing. He was particularly inept in the red zone, failing to make the throws he needed to make.
Cadillac Williams -- He didn't have much in the way of lanes to run through, but the Caddy looked slow last night, too. He's definitely not a speed guy anymore, but the lack of any kind of burst at all last night was very worrisome.
The Ugly
Avoiding the temptation to just write, "Everything else."
Greg Salas -- Hey, I was excited to see the kid get the start in place of Danny Amendola. A muffed punt return fumbled away and a couple of bad drops in the passing game later, and I'm ready to see less of him for awhile. He still has a bright future in a Rams uniform, I believe, and he did somewhat redeem himself with a really nice punt return later in the game, but he looked like a rookie last night, and not in a good way. Tough night for the kid from Hawaii.
Cadillac Williams -- Possibly the first player to ever get into both the bad and ugly sections at the same time, Cadillac makes his appearance here due to just one play: the lateral recovery taken back for a touchdown.
Physical mistakes happen. Mental mistakes happen. But to just stand there and watch as a lateral throw rolls around on the turf just waiting to be scooped up by an opposing player is something else entirely. He should be benched, at the very least, and the only reason I don't think he should be released is because the Rams probably still need him too much. That was an inexcusable play, and the absolute kick in the groin that basically put the Rams in a hole they could never recover from.
Faking Injuries -- Sorry, Giants fans, but your team gets the official bush league designation for having not one, but two players collapse to the ground with fake injuries at the same time last night in an effort to slow down the Rams' hurry-up offense. Pathetic.
Red Zone -- This was the one that really put the game out of reach for the Rams. Even with the turnovers and the other stupid mistakes, the Rams scored exactly the same number of times. Somehow, though, the Giants got 28 points out of their four scores, while the Rams only managed 16. You want to know why the Rams lost, look no further. They were terrible in the red zone last year, and so far this season it's been more of the same. The tight end passing game was expected to help bring more efficiency to the red zone, but we haven't seen it yet. This is going to continue to be an issue unless the team can get it figured out in a hurry.
367-300 -- That's the total offensive yards in this game, with the Rams having the big number. When you outgain your opponent overall, and force five three-and-outs in the first half alone, you should not lose. And yet, somehow, here we are.
Steve Spagnuolo -- And now we come to my honorary Ugly Play of the Week award, where I call out what was just the absolute crappiest performance of the week. This week's winner: Steve Spagnuolo and the punt.
The Rams punted with 1:41 to go in the game last night. Punted. Third down. They punted. Down two scores. They punted. No way to stop the clock, knowing the Giants would just take a knee. They punted.
The Rams gave up last night with one chance left. Steve Spagnuolo, rather than trying for a miracle shot, chose to give up. Chose to punt. What could he possibly have been thinking? Sure, the chances of the Rams pulling off a miracle third down conversion and somehow going on to score twice in the last minute and a half were somewhat less than robust. But guess what didn't have any chance at all of making a comeback? The punt.
It was a pathetic display of capitulation, rather than fighting to the last breath, and I lost an enormous amount of respect for Steve Spagnuolo last night watching him give up and punt with one shot left.
I took the long view after last week's loss to the Eagles, but it's a whole lot tougher to do this morning. There were still some good things happening on the field last night, but watching this team just give away a game with stupid mistakes for the second week in a row to start what was a promising season is tough to swallow.