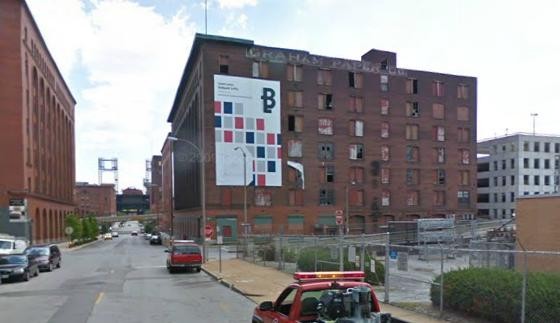 Fearing that a century-old building could crumble onto the streets, St. Louis officials today will close two downtown roadways.

Parts of Spruce Street between 11th and 10th and a section of 11th Street from Spruce to Poplar streets will close indefinitely following this morning's rush hour. The city's building commissioner, Frank Oswald, says the old Cupples 7 building poses a safety risk to passersby.

"Unfortunately, we no longer feel confident in this building's structural integrity," says Oswald. "To the untrained eye, the building seems stable at the street level -- but years of a severely damaged roof have taken a toll on its stability."

The building was constructed in 1907 and is one of nine Cupples buildings downtown. All but two of those structures have been renovated. According to the city, the owner of Cupples 7 -- a limited-liability corporation called Ballpark Lofts III -- does not have the funds to renovate the property. Nathaniel Walsh (who formerly headed up the downtown development firm McGowan/Walsh) is listed as the registered agent for Ballpark Lofts III with the Secretary of State's Office.

The building was condemned in 2008 and has been cited on numerous occasions. The city assessor's office last appraised the property's value at $925,000.

The building is listed on the National Register Historic District and is a designated city landmark, meaning any renovation or demolition of the property is subject to review by the Cultural Resources Office.