As we previously warned you, last Friday, a group of urban space enthusiasts, architects and designers transformed a series of metered parking spaces in downtown St. Louis into a string of pop-up parks. The event was part of a national movement (begun in San Francisco, natch!) called PARK(ing) Day, which encourages people to think about public space in creative ways.

Unfortunately, the day was cold and a bit gloomy, which may have depressed turnout a bit. But there were still some brand-new (and highly temporary parks) to be enjoyed, bocce to be played and food trucks to be patronized. Because, you know, you can't have a nifty temporary space with a nifty temporary supply of good eats.

RFT intern Savannah Dodd was on the scene and captured a few moments. We've got the photos in case you're wondering what you missed -- or, for that matter, want to commemorate what you witnessed. 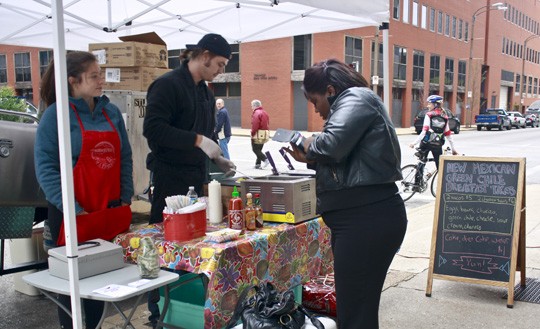