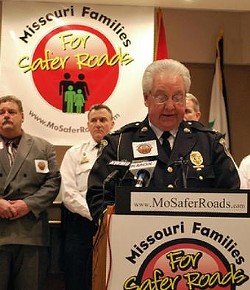 The suit filed last Wednesday looks to ban the use of the controversial cameras in the north St. Louis County suburb and is one of several lawsuits that Clayton attorneys Ryan Keane and John Campbell plan to file against St. Louis municipalities this year. Impetus for the lawsuits sprung from Judge Mark Neil's partial judgment in May in St. Louis Circuit Court, which found the city's camera ordinance to be illegal. (ATS also holds the contract with the City of St. Louis.)

In the Hazelwood suit, the attorneys take their argument a step further, claiming that not only are the cameras illegal but that ATS also formed two non-profit organizations that bill themselves as grassroots citizens' movements but are really under the control of the red-light vendor. One of those groups is headed by Hazelwood Police Chief Carl Wolf.

Both the National Coalition for Safer Roads and Missouri Families for Safer Roads advocate for the use of red-light cameras in Missouri. Last spring, NCSR began running public service announcements in Missouri encouraging public support of the red-light cameras. And just last week it was revealed that the directors listed on NCSR's incorporation paperwork in Missouri (and elsewhere) are all ATS players -- inluding ATS' president James Tuton, its spokesman Charles Territo and two other men with close ties to ATS: lobbyist Dave Kelly and former Florida legislator Ron Reagan.

Evidence that Missouri Families for Safer Roads is also under ATS control is a bit more nebulous. The Hazelwood lawsuit notes that Hazelwood's police chief is the only officer registered to the organization in its incorporation papers. Meanwhile, Wolf has also shilled for the National Coalition for Safer Roads.  Coincidence?

Perhaps. However, back when it was formed in 2009, Wolf told Daily RFT he didn't know who was funding Missouri Families for Safer Roads. (Wolf is traveling this week and couldn't immediately be reached for comment.)

Given the recent revelations about National Coalition for Safer Roads, it would hardly be surprising if ATS were, indeed, responsible for Missouri Families for Safer Roads. Moreover, the company has something of a track record when it comes to subterfuge.

Earlier this year, Daily RFT reported how ATS created a website with a nearly identical name and URL as the anti-camera site wrongonred.com. As ATS spokesman Charles Territo informed us then, ATS created the site to "correct the lies and inaccuracies told by opponents of intersection safety cameras."

"We have made no secret of our support for both MFSR and the National Coalition for Safer Roads," says Territo. "ATS supports and encourages bringing together individuals who have strong personal stories to tell about the devastation of red light running. Contrary to the views of red-light camera opponents there is no constitutional right to run red lights and put other drivers, passengers, pedestrians and bicyclists in danger."

Below is one of the PSAs that National Coalition for Safer Roads ran in Missouri this year, featuring Jefferson County Sheriff Glenn Boyer and St. Louis Fire Chief Dennis Jenkerson. 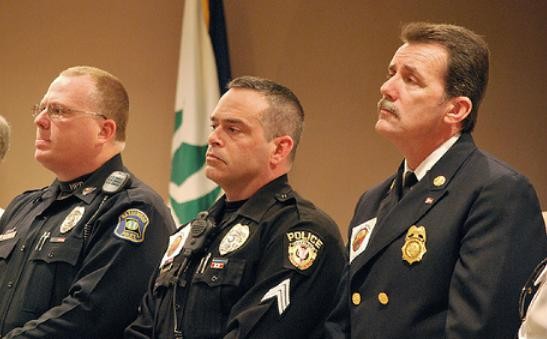 Jenkerson (far right) also attended MFSR's coming out party in 2009. Will the next lawsuit allege that St. Louis city officials are also in cahoots with ATS? Stay tuned!