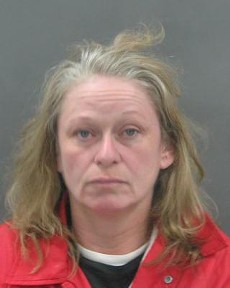 UPDATED at 12:19 p.m. with additional information from the Circuit Attorney's Office.

A 44-year-old St. Louis woman has been charged in the June 19 murder of Wendell Adams.

Tammi Lynn Todd, who lives in the 100 block of Miller, near the river in south city, faces charges of first-degree murder and armed criminal action.

According to the probable cause statement supplied by police to the St. Louis Circuit Attorney's Office, Todd was with another, unnamed person when Wendell was beaten to death with a hammer or hatchet.

Todd went with the unnamed assailant willingly. She "knew the intent was to beat the victim and [that] the person had the hammer or hatchet type object. The defendant followed the victim in her car, with the other person also in the car, in order to attack the victim," according to the probable cause statement.

And Todd showed no mercy once the attack began. She allegedly admitted to police that she kicked away Adams' phone when he cried for help. She also allegedly helped the unnamed killer destroy Adams' cell phone and get rid of both the hammer/hatchet and his keys.

Adams was found in the kitchen of his home in the 1900 block of Sidney on the afternoon of June 19. He was bleeding, and police said he'd suffered blunt force trauma to the head.

He was pronounced dead two days later; the medical examiner later ruled the case a homicide.

We could find no previous record of criminal charges against Todd in Missouri. Her arraignment was held this morning in St. Louis City Circuit Court.