Author Bonnie Jo Campbell Talks About Hunting, Shooting and Once Upon a River 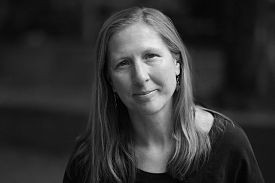 Bonnie Jo Campbell will be in town tonight to help kick off this year's River Styx reading series at Duff's. (It starts at 7:30.) This is shaping up to be a banner season for the magazine, which has just published a terrific "Circles of Hell" issue with some fine poetry by Albert Goldbarth, Lynne Sharon Schwartz and Michael Derrick Hudson and an extremely creepy series of photos by Greg Sand. Plus, they had the foresight to get Campbell. You should go hear her. This may be your last chance to see her up close and personal and buy her a beer before she becomes really, really famous. Campbell's 2009 short story collection, American Salvage, was a finalist for the National Book Award, and her latest novel, Once Upon a River, which came out in July, has received extravagant praise and inspired critics to dub her the Steinbeck of the Great Recession.

Once Upon a River is also a cracking good read, free of the elaborate descriptions of dust that make the opening pages of The Grapes of Wrath such hard going. It's the story of Margo Crane, a fifteen-year-old girl growing up in rural Michigan who happens to be the best little sure shot since her idol, Annie Oakley. Unfortunately, Margo is also very pretty, which leads her into some family strife, which culminates in her shooting off the tip of her uncle's penis. (Piece of cake.) In a panic, terrified of both her family and the authorities, she takes off in a boat down the (fictional) Stark River, Huck Finn-style, only without Jim. And, of course, as Campbell makes clear, it's different for girls.

Campbell took some time last month to chat with Daily RFT via cell phone from the wilds of Michigan's Upper Peninsula.

Bonnie Jo Campbell: I'm standing out alongside the road in St. Ignace, Michigan. Let me hunker down behind this privet hedge. Maybe the reception will be better. It's really isolated up here. I've been doing a bunch of readings, ate some pasties, looked for moose, saw some birds.

Daily RFT: I'm afraid we don't have anything that exciting in St. Louis.

I have cousins in St. Louis. I've been in the Arch! That's when I discovered I had claustrophobia. After that, I never wanted to close the bathroom door, but I'm a good girl, so I did. My husband discovered he has vertigo. He took pictures by holding the camera at random angles. It was revelatory. It's good to learn new things about oneself.

You've written about Margo before, in short stories and in your first novel, Q Road. How did she come to be the star of this novel?

I didn't know I was writing a novel. In 1996 I wrote a short story about a girl on a river, and then in Q Road, Margo shows up as the main character's mother for a few pages, and then in 2002, I wrote a story about a girl who was molested by her uncle. It turned out they were all the same person. It's good to know where she started and where she ended up and one point in the middle. I knew Margo would shoot her uncle because that's how the [second] short story ended. In the story, it did feel like an ending, but really it was the beginning.

You write so vividly about Margo's hunting and shooting. Do you do that sort of thing yourself?

I shoot a little bit, but just .22 rifles, small stuff. I wrote how I thought it would be, then I showed it to my shooting friend, Gary, and he said it wasn't right. Gary is a master bulls-eye shooter. He hits between 95 and 97 percent of the time. He said in really good shooting, there's a zen thing going on. So I consulted with Gary. I drank with Gary and I bought Gary beer. I decided to make Margo as good as he was, but I gave Margo some extra natural ability. He performed all the shots in the book.

Not the uncle shot!

We set up targets from a distance. One thing I do know now is what it takes to be a good shot with a rifle. It's the same as being a writer: persistence, hard work and a tolerance for frustration. As a writing teacher, I'm dedicated to taking the mystique out of writing.

I also had to learn how to skin things. My mom was famous for skinning critters: bear, elk, deer, squirrel. Once I started writing about it, like shooting, I watched a lot, people and YouTube videos. To write something, you have to know three times as much as what you write.

Was this a hard book to write?

It was like so many short stories. The novel is episodic: Each chapter is about some relationship Margo has with different characters. I was more interested in some relationships than others. The Native American guy -- I became fascinated with him. My editor had to calm me down and remind me that it's Margo's story.

I saw it as writing a new American adventure story. Most adventures happen to boys. A young woman on her own will have different experiences from a young man. I'm a realist. I had to think about what plausibly could happen. Margo had to seek out safety.

Have you been surprised by how successful Once Upon a River has been?

I have. It's a nice surprise. When you write something, you hope it will connect you to other people. I never imagined American Salvage would be as popular as it was. When the National Book Awards people called, I thought it was my friend playing a joke on me. Now I'm living the dream. It's a tough world for writers. But it's also a very generous and inviting world. We all want someone to be happy to see us. It's why we love dogs.

What are you working on now?

I'm working on a ghost story about a guy struck by lightning. I normally don't do much with the supernatural. I'm also finishing a novel about a washed-up alcoholic writer. Hopefully it's not autobiographical.