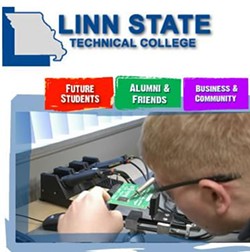 Well, that didn't take too long. Last week we told you about how administrators at Linn State Technical College planned to drug test every new student entering the school. Today we're back to report that the ACLU has now filed suit against the central Missouri school that hoped to become the first university in the nation with mandatory drug tests of the student body.

In its suit filed yesterday in federal court, the ACLU argues: "The mandatory, suspicionless drug testing required under the College's new policy is a search within the meaning of the Fourth Amendment. Ordinarily, the Fourth Amendment prohibits such searches, with some exceptions, none of which are applicable here. Moreover, the College can demonstrate no legitimate special need for drug testing its students that is sufficient to outweigh the students' individual privacy expectations against the state."

Six students have joined the lawsuit as plaintiffs. Tony Rothert, attorney for the ACLU, tells Daily RFT that finding students willing to attach their name to the suit was the most difficult part of  bringing the case. Rightly or wrongly (mostly wrongly, Rothert assures us) those students now face the possibility of being labeled "stoners."

But that's not the issue here. What matters is protecting civil rights. The ACLU argues in the suit that the court issue a restraining order blocking all further drug tests until after a ruling, return the $50 fee students have been forced to pay to cover the cost of the drug tests and to grant the lawsuit class-action status.