"The Most Famous Story Most Americans Have Never Heard": J. Frank Norris, The Shooting Salvationist

On July 17, 1926, J. Frank Norris, the most famous preacher in America and de facto leader of the burgeoning fundamentalist movement, shot and killed an unarmed man in his private office in his megachurch in Fort Worth, Texas. The subsequent trial captivated the nation, especially after it exposed Norris's ties to the Ku Klux Klan.

In the end, Norris was acquitted of first-degree murder and avoided the electric chair. He returned to his church, and although he never became as famous as his hero, William Jennings Bryan, the story of his sensational murder trial faded from history...until now.

David R. Stokes, himself a minister, has just published The Shooting Salvationist, a history of the Norris trial. It's a fascinating read, as you can find out for yourself tomorrow evening when Stokes comes to St. Louis to give a reading at Left Bank Books. This morning, Daily RFT caught up with Stokes via phone as the author was attempting to find a parking spot in Kansas City, today's stop on his reading tour.

Daily RFT: So how the hell has no one ever heard this story? [Editor's note: It occurred to us only belatedly that we probably shouldn't have said "hell" to a minister.]

How did you hear about it?

I'm a minister, and I studied Baptist history in college. Also, I'm from Detroit, and my mother attended the church Norris preached at in his final years. He died [in 1952,] five years before I was born. It was a very colorful kind of thing.

And what do you think? Should he have gotten off?

He was probably guilty of less than first-degree murder, but the prosecution was blinded by wanting so badly to convict him. Afterward, he wore his acquittal like a badge. He probably could have been convicted of manslaughter -- with first-degree murder, there has to be an element of premeditation -- but the the prosecution wanted all or nothing. I think he overreacted in the situation. He shot a guy who was unarmed instead of a possible fistfight.

Was it normal for a preacher to keep a gun in his office? 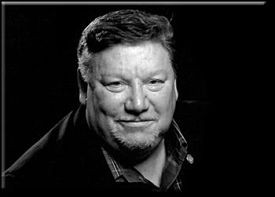 The 1920s were a wide-open time. Fort Worth was only a few decades removed from the Wild West. I also think Norris felt that, after he was acquitted of perjury and setting fire to his own church in 1912, that he could get away with anything. He was a man with a lot of anger and delusions of grandeur. He felt he was unique and didn't have to play by the rules and that the ends justified the means.

Like politicians, and ministers, and people in the press. A lot of high-profile people start to believe their own press. And after the trial, Norris leveraged his notoriety into further success -- or what he defined as success, the number of people coming to hear him preach.

Was Norris actually a man of God, or was he just a great self-promoter?

I think he had a measure of sincerity at times. There's anecdotal evidence that, at times, he had an interest in saving souls. He ran soup kitchens during the Depression. He was a very conflicted and complex man. The question is, was he a good man touched with evil or a bad man tempered with good? I think he had flaws at the core that overshadowed any good he tried to do.

But there are some people who still think he hung the moon. He was a polarizing figure. After the trial, opinion became more sharply divided. He became more of a pariah. It's the most famous story most Americans have never heard.

Are there any more stories like this that we haven't heard about?

There have been some high-profile scandals regarding ministers, but nothing of that caliber, a minister facing the death penalty. [Norris] was a significant figure. It would be like if Pat Robertson or Rick Warren killed someone.

How did this change America? [Pause.] That's kind of a grandiose question.

It is a grandiose question. It was an interesting historical moment. Fundamentalism was a pervasive emerging movement. It was mainstream evangelism. But that incident led to the demise of fundamentalism as major force. It became a subculture, more peripheral than mainstream.

But there's an interesting footnote. The 1928 election was the year after Norris's acquittal. It was Herbert Hoover versus Al Smith, who was Roman Catholic and anti-Prohibition. Norris was anti-Catholic and pro-Prohibition, and he campaigned against Smith all over Texas. Afterward, when Hoover won, the Republican National Committee credited Norris for the Republicans carrying Texas for the first time. It parallels the rise today of the religious right. It's the first time anything like that ever flexed its muscles. [For more, check out this article Stokes published a few weeks ago in the Albany, New York, Times-Union.]

Books Gettin' All Religious Up in Here History