Yes, That Is John Goodman Shilling for Soulard Oktoberfest 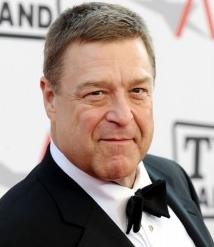 You may have already heard them on KTRS, KMOX, The Point, and multiple Clear Channel stations around town. They're ads with the voice of actor -- and native St. Louisan -- John Goodman pitching for Soulard Oktoberfest.

John McKinstry, founder of Soulard Oktoberfest, says he'll forgive Goodman for slipping a bit of Spanglish into his pitch for a German festival. "We gave him the information and he did the John Goodman treatment on it," says McKinstry. "It's great."

McKinstry says the actor (who will be appearing in NBC's Community this fall) got involved in the Oktoberfest spots when KTRS (550 AM) approached them about running radio ads this year.

"I asked them (KTRS) if they could provide me with anything special this year," says McKinstry. "And they said, 'Well, we do know John Goodman.'"

Goodman is an investor in KTRS. The spots were mailed to Oktoberfest from a California production studio. McKinskey says his organization, which operates as a 501(c)3 charity, paid nothing for the Goodman's services. Yet despite his praise of Soulard Oktoberfest in the radio ads, the actor isn't expected to attend this year's event.

"We're hoping next year," says the 61-year-old McKinstry. "Most of the music we play is polka, but we do have some blues, too. I'm thinking his character from Blues Brothers 2000 would work."

Now in its eighth year, this year's Oktoberfest is expected to be the biggest yet. "It's hard to get a head count of attendees, but we can count beer kegs," says McKinstry. "The first year we went though 50 kegs. Last year we went through 1,200. This year we want to go through 2,000."

And while Oktoberfest has yet to engender any "cleavage controversy" like last year, McKinstry promises that women in suggestive dirndls will be back again this year. Look for them in television ads beginning this week. Here's a preview: