Options For the Rams at Corner 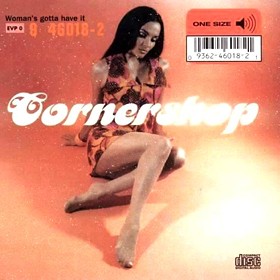 The Rams have mostly put their final roster together, with just a few exceptions. We know the backup quarterback will be A.J. Feeley (boo!), we know Jabara Williams did manage to make the team (yay!), and we know Donnie Avery has moved on. (I don't have an easy parenthetical reaction to that one.) Look at the Rams' roster right this moment and that's basically what the team will be going into battle with this coming Sunday.
There are a few spots still a little uncertain, though; none more than the cornerback position. Owing to the season-ending ankle injury of Jerome Murphy, the Rams find themselves with a soft spot on the depth chart. The starters at corner are very solid, and Al Harris appears to still have a little left in the tank. Only problem is, Ron Bartell and Bradley Fletcher can't play more than two positions at a time, and Harris could hit empty any time. Beyond those three, things get ugly fast.
Luckily for the Rams, there are a few solid options at corner on the market currently, thanks to players being cut by teams setting their own rosters and trying to create cap space. Let's look at three of the more intriguing names, shall we?
Reggie Corner -- Okay, first off, he gets my vote just for the name alone. I'll vote for Kyle Runner any time the Rams need a running back, too.
Actual football credentials-wise, Corner was cut by the Buffalo Bills after four seasons. He's on the smallish side, going just 5'9" and 180, and lacks the functional strength to play press coverage on the outside as the Rams tend to. Playing zone as a nickel, though, Corner has good speed and a nose for the ball. You wouldn't want to see him taking snaps on the outside in place of either Bartell or Bradley, but Corner could be a real asset in nickel coverage situations.
C.J. Wilson -- Wilson, who was actually in St. Louis for a workout on Tuesday, has played for the Carolina Panthers the last four years since being picked by Carolina in the seventh round in 2007. He's less exciting than the Texas Rangers pitcher by the same name, but not a bad option to play coverage in the NFL.
Wilson probably has the best combination of size (6'1", 195), and speed of the three corners here. He fits best in nickel coverage but is also versatile enough to slide back to safety if need be. That's most likely not a huge concern for the Rams, who are currently carrying five safeties on the roster (why, I have no idea), but if further roster moves pare the safety corps down a bit Wilson's versatility could be a potential benefit.
Joselio Hanson -- The biggest name on the market right now, Hanson has spent the past few years in Phladelphia playing nickel for the Eagles. Thanks to their sudden influx of corners, Hanson finds himself in need of a job.
Hanson is probably the best fit, with a Spagnuolo connection through Philly and a reputation as an outstanding nickelback. The only problem is there will probably be more competition for Hanson's services, as several teams around the league try to shore up their secondaries. If the Rams could figure out the cap space and put together an appealing deal, Hanson would immediately upgrade their nickel package in a big way. Depending on how the coaching staff feels about Al Harris, though, the Rams may not actually feel they need Hanson, and prefer to go with a slightly less expensive option if they don't think he'll see enough time to make it worth the contract.
Of the three, Wilson would probably be my choice, though Corner does present an intriguing fit of name to position I just can't ignore. Hanson is the best player, but it really depends on what the Rams are looking to fill. If they're trying to fill the third spot on their corner depth chart, Hanson is probably the choice. If, on the other hand, they see Harris as the primary nickel and number three on the chart, then they're basically trying to fill the fourth spot and I think they likely go with one of the other options.
Regardless of what direction they go, the Rams need some insurance at corner. There are too many multiple wide receiver sets in the league to head into a season think at the cornerback position.