The Rams are coming down to the end of the preseason now, with their final tuneup tonight in Jacksonville. Ordinarily, the fourth game of the preseason isn't much to watch unless you're specifically interested in certain roster battles taking place. The starters don't play, with coaches instead preferring to rest their horses in hopes of having a fresh, healthy group ready to go week one.
This year, though, things are a wee bit different. The short offseason caused by the lockout has compressed everything, to the point that there are still plenty of decisions to try and make about the roster, not to mention trying to get a handle on exactly what you have even with the starters. Thus, we'll actually see the starters play in the game tonight, though exactly how much is still very much up in the air. Most likely it will be something along the lines of the the first quarter, maybe a little more or less depending on how well the team plays.
With all that in mind, here are the five most important things you should be watching for when the Rams take the field tonight in Florida.
1. Stopping the Run
So far in the preseason the Rams have had two games where they played very well up front on defense (both line and linebackers), and were stout against the run. Even against the Chiefs last week with Jamaal Charles (though admittedly in limited duty), the Rams' front seven filled gaps and made tackles enough to get off the field when they needed to.
The other game, the one against Tennessee, was not nearly so encouraging. In that game the Rams were gashed for big run after big run, even with the Titans not having their all-everything back Chris Johnson in the game. Simple cutback runs made the Rams' linebacking corps look like a sieve, though in fairness none of the three who played in that game will start in the regular season.
Tonight the Rams will get another strong test of their ability to stop the run effectively, as the Jaguars feature Maurice Jones-Drew, one of the top running backs in all of football, and he is expected to see the field a fair amount early. Justin Bannan, one of the Rams' new additions over the offseason, will not be with the team tonight due to the impending birth of a new baby. How the front seven handle a top running back without one of their true run stuffers in the middle of the line will be very interesting.
2. The Wide Receivers (Again)

​Seems like we've been waiting since training camp started to really see some progress from the wide receivers, haven't we? And so far, it's remained just that: a waiting game. Brandon Gibson has gotten most of the camp buzz, and has looked pretty solid in games, so I think it's safe to say he's locked up one of the two starting spots. Mike Sims-Walker was brought in to start, and while he hasn't looked great he has a track record that suggests he should be one of the top two receivers on the depth chart.
Beyond that, though, things start to get very hairy. Danny Amendola is who he is, and while he's a lock to make this team he doesn't really fit on the outside too very well. Donnie Avery has the speed but his hands have always made me nervous and he's still coming back from an injury. The two rookies have looked alternately promising and frustrating, but they're rookies. That's what they do. Danario Alexander has the size, the speed, the hands, and the toughness to be an elite receiver. Problem is, he also has a knee made of an old Jenga game and some tissue paper. Mardy Gilyard is, well, Mardy Gilyard. Loved him when the Rams drafted him, but the pro game still seems like it's moving too fast for Mardy.
The second and third stringers will be the interesting group here, as a big heap of flawed player compete to try and stake their claim to a spot on the depth chart.
3. Josh McDaniels
You wouldn't ordinarily expect to see anything interesting whatsoever in the fourth preseason game, but as has been mentioned before, this isn't exactly an ordinary offseason. We've seen flashes of a more aggressive, innovative offensive game plan so far this preseason, while at other times we've seen the sort of vanilla playcalling you expect in practice games. With this as the last live tuneup before opening the regular season against one of the NFC's best with an all new offensive system, I wouldn't be at all surprised to see a drive or maybe even two of really aggressive, exotic plays. Or maybe not, and we'll see a bunch of five yard slant patterns due to the coaching staff not wanting to get any film out there. Something tells me McDaniels and Spagnuolo will value additional dress rehearsal time over the element of surprise, though.
4. The Run Game
Just as important to the Rams as stopping the running game will be ensuring they can gain yardage of their own on the ground. Again, the Tennessee game was the one contest in which the Rams really looked bad up front, with the Titans winning the battle in the trenches on both sides of the ball. 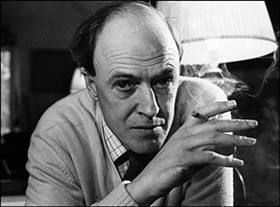 ​Harvey Dahl was, in my ever so humble opinion, the most important pickup the Rams made this offseason. When the first team offensive line has been all together so far in the preseason the running game has looked like an almost completely different animal from what we saw in 2010. On the other hand, when Hank Fraley was forced to start the line went right back to looking soft and unable to generate any kind of push in the middle. The Rams did a solid job of running the ball last week against the Chiefs and their very powerful defensive line. They'll be looking to consolidate those gains and make sure the ground game is fully tuned up and ready to go for week one.
5. The Secondary
Of all the weak spots on this Rams team (and, while this is a much improved team, there are still soft spots), the secondary is the one which concerns me the most, especially when looking ahead to week one against the Eagles.
The Rams have two outstanding starting corners in Ron Bartell and Bradley Fletcher, and after that there's a big question mark pencilled in on the depth chart. Jerome Murphy, who was initially expected to get the lion's share at the nickel slot, was placed on Injured Reserve and will be out for the season. (I was surprised by this; the initial prognosis for his ankle suggested he should be able to return by midseason, but apparently after surgery was decided on things turned out to be worse than expected.) That leaves Al Harris -- ahem, that's 36 year old Al Harris -- as the third corner on the depth chart. Don't get me wrong; Al Harris was a magnificent player in his heyday. Problem is, his heyday often included trying to tackle Sammy Baugh. Justin King was getting some chatter early in camp, including a vote of confidence from Spags himself, but since the games started he's looked like the same old Justin King, running all over the place and not covering anyone.
If the Rams can't bring in another player to help shore up the cornerback situation, they could be very vulnerable to any kind of multiple-receiver sets, which in today's NFL is a recipe for disaster.
More than anything else, what I'll be looking to see in tonight's game is the Rams come out and really impose their will on the Jaguars. Jacksonville is not a very good team, and while respective quality of the teams doesn't always mean a whole lot in the preseason, the Rams should be able to take care of business out of the gate while their starters are in the game. The presence of Maurice Jones-Drew will make for a tough test, but the Rams' defensive front seven should be better than what the Jags have up front.
This game will be in no way a coming-out party for the Rams; they'll have to wait until next week against Philly to try and really announce their arrival to the world. But given the truncated nature of the offseason, this is the last chance the team has to try and get its chickens all in a row before the games start counting. The Jaguars are the sort of team this Rams squad should beat if they really are the team on the rise we all believe. I expect to see a big performance from this team.
And if not, hey, it's just the preseason, right?