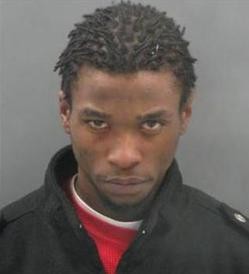 Myron Kimble, 22, was sentenced to 26 years in prison yesterday for kidnapping two women that he and others planned to hold for ransom in exchange for stolen loot.

The plot was hatched last November, four months after gunmen pulled off the region's costliest armed robbery ever in the theft of over $6 million from ATM Solutions. Kimble helped plan the August 2010 robbery but did not participate in the actual heist.

According to prosecutors, one of the gunmen who did participate in the robbery, Larry Newman, recruited Kimble and another man, Marrion Dotson, to help him get more of the loot stashed away at various safe houses throughout St. Louis. The three then came up with a plan to kidnap two women close to the ringleader of the heist, John Wesley Jones.

On November 21, Newman, Kimble and Marrion kidnapped Jones' niece and the 20-year-old daughter of his girlfriend and demanded $15,000 for their safe return. The plan backfired though, with the kidnappers releasing one of the women and Kimble getting scared off by a passing car when he was to deliver the other woman for the ransom. Police later gave chase, with Kimble crashing his vehicle and escaping by foot. He was arrested a few days later at St. Clair Square Mall. Both women kidnapped were returned unharmed.

Of the three people sentenced so far in connection to the ATM Solutions' robbery, Jones has received the most time in prison at 32 years.