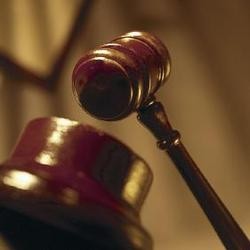 Update: Today Governor Jay Nixon also announced that he'll ask legislators to repeal the social media provision of SB 54 during a special session next month.
Original post follows...
Cole County Circuit Judge Jon Beetem issued a preliminary injunction this morning blocking enforcement of a new law that would prohibit teachers from having one-on-one contact with students via non-work-related forms of social media, such as Facebook and Twitter.

Beetem's ruling, signed at 8:45 a.m. (viewable here), comes two days before Senate Bill 54 is to go into effect. The injunction blocks enforcement of only the controversial provision of the bill dealing with social media. Other parts of SB 54 aimed at culling sexual predators from school faculties will remain in place.

In his ruling, Beetem called the breadth of the social-media restrictions in the bill "staggering."

He noted that the law -- as written -- would prohibit communication between family members and their teacher parents on social media. Moreover, evidence produced at a preliminary hearing found that social media is often the primary method for teachers to communicate with students. Beetem found that enforcement of such a restriction would have a "chilling effect on speech."

Earlier this week the sponsor of the bill, Jane Cunningham (R - Chesterfield), said she was willing to work with teachers to amend the social-media provision. A lawsuit filed last week on behalf of teachers represented by the Missouri State Teachers Association led to today's preliminary injunction which will remain in effect for 180 days -- or until both sides work out their grievances in or our of court. The ACLU has filed a similar lawsuit aimed at blocking passage of the social-media provision, which it believes violates the First Amendment.