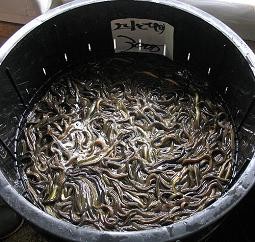 Time is running out for a southeast Missouri man determined to stop House Bill 641 from going into law this coming Sunday.

The bill, signed by Governor Jay Nixon this summer, would ban the sale of all forms of synthetic marijuana and cocaine in Missouri effective August 28. Missouri resident Rodger Seratt filed suit back in June aiming to block the bill from becoming law on grounds that it would deprive him and others of their livelihood by prohibiting the sale of a product that remains legal in other states.

Seratt, 61, provides stores near his hometown of Naylor with products marketed as potpourri, incense and bath salts that police and prosecutors say mimic the effects of drugs when smoked or snorted.

Seratt has yet to get a court hearing for his lawsuit against the state.

"They're slippery as a barrel of eels," Seratt says of Missouri officials who seem to be ignoring his court pleadings. "But I hope to get before a judge before long."

This morning Seratt filed another motion with the court seeking to get in front of a judge tomorrow. Seratt hopes to get a temporary injunction blocking the law from going into effect. If he doesn't, he says he'll quit the business this weekend.