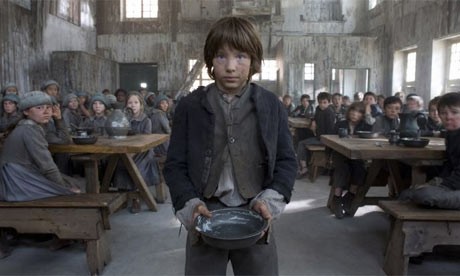 In Washington, Missouri, officials have signed off on a deal to lease a building owned jointly by the city and Franklin County to a new nonprofit called the Sisters of Grace of Franklin County. The Sisters will pay just $1 -- and they'll use the building as a group home for foster kids, the Missourian reports. The project has earned plenty of good ink; the paper quotes a Franklin County official calling it a "win-win."

But one national expert who's studied the issue for years tells Daily RFT has a different take -- group homes, he says, fly into the face of what's best for kids and waste taxpayer money.

Richard Wexler, executive director of the National Coalition for Child Protection Reform, has been sounding the alarms for years about the problems with group homes -- where kids being transitioned into foster care can stay for up to 30 days on their way to a placement with a family.

"It is definitely not a win-win," he says. "It's a big lose."
One 2008 study, conducted by a professor at the University of Illinois, found that kids placed in group homes were two and a half times more likely to become juvenile delinquents. A 2002 study in Maryland found that even small, well-staffed homes were associated with negative effects. And Connecticut determined in 2005 that group homes did nothing to promote stability or lessen the time in foster care -- as some had claimed.

Wexler says there's good reason for that. "It's bad enough when you take away a child from everybody loving and familiar and place him in a family of strangers," he says. "And it's bad enough if you only do it one time. But this is an additional trauma. They're thrown into an institution and left there for up to thirty days -- and then they're picked up and moved again."

Even worse, Wexler says, are homes staffed by shift workers instead of live-in caregivers: "It's like changing the foster parent every eight hours!"

Wexler says he isn't familiar with the particulars of the foster-care landscape in Franklin County. But he notes that the total number of children being placed in foster care across Missouri has increased 30 percent over the last two years -- even as, nationally, the number of such placements are dropping.

The latest research stresses in-home intervention for families whenever possible. (Advocates like Wexler believe that children in abusive situations should be removed from their homes, but argue that social workers often confuse poverty with maltreatment. In such cases, a growing body of research shows that children sent to foster care would be far better off staying in their homes and getting additional services there.)

But after years of decline in the number of placements, Wexler, for one, worries the state is on a bad course. "Nationally, these rates [of foster care placements] have declined," he says. "Missouri is clearly very much going the wrong way."