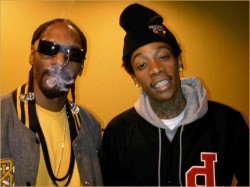 This one time, at band camp...everyone ate brownies and got stoned to the bone.

Earlier this month at O'Fallon Township High School in Illinois, three band nerds brought weed brownies to band camp and passed them out to the other band nerds without telling them that the brownies were special.

The Post-Dispatch reports that the three malefactors may be facing charges. The brownies haven't been tested for that real sticky-icky, but apparently one of the kids suspected they contained some after eating one.

The cops said no one experienced any ill effects, though there's no word on damage to the surrounding Cheetos supplies. "We won't let this slide," O'Fallon police Sgt. Rob Schmidtke told the P-D. "It could have been an interesting band practice."