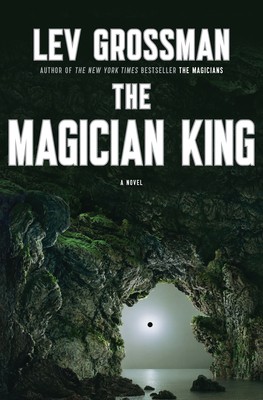 Fans of Lev Grossman's 2009 novel The Magicians, may have wondered what happened after Quentin Coldwater, an ordinary depressive boy from Brooklyn, found his way to the super-fabulous Brakebills Academy, a university for magic hidden away in upstate New York, and then to the magical land of Fillory where he fought and won an epic battle against the forces of evil. What do you do after that?

Turns out Grossman was wondering, too, which led to the creation of The Magician King, out this month. The new book starts with Quentin and his friends Eliot, Janet and Julia installed as kings and queens of Fillory. All is peaceful...but, of course, not for long.

Grossman will be in St. Louis tomorrow, August 17, to give a reading at the Schlafly branch of the St. Louis Public Library hosted by Left Bank Books. But last week he took some time out from his book tour -- and exploration, with his young daughters, of the hotel pool in Boston -- for a chat with Daily RFT.

Daily RFT: Did you plan to write a sequel once you finished The Magicians?

Lev Grossman: Initially, it was a mental exercise. I spent a lot of time trying to figure out what happened next.

I thought about Quentin going back to Fillory to become a king. What's that like? In The Lion, the Witch and the Wardrobe, the Pevensie children end up as kings and queens of Narnia, but C.S. Lewis doesn't really give a look at what that was like. I thought that for two years, it would be the best thing ever, then you'd get restless. It can't be enough for anyone, all that luxury and inactivity. You'd start looking for a thread to pull, an errand. At first it looks unpromising, but then, in the way of the novel, it snowballs.

But you also spend a lot of time in The Magician King going back to show what happened to Julia after the point in The Magicians when Quentin got into Brakebills and she didn't and had to go back to Brooklyn. 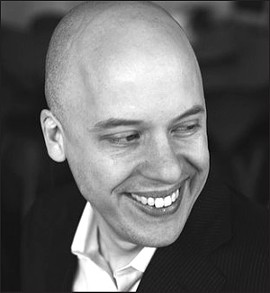 Julia demanded to come back to Julia. I didn't expect to spend so much time with her. It was clear in The Magicians that something was going on with her, but it wasn't explained. Somehow she'd managed to figure out how to become a magician without Brakebills. I planned to give her a chapter. It took a week to write it, and then at the end I realized the whole chapter was just one-twentieth of Julia's story. Her voice was the most fascinating thing I'd ever written. There was so much anger and bitterness. I really identified with Julia. Quentin goes to Brakebills and has a good time, and Julia gets left behind for no good reason. It's an awful feeling, and it consumes Julia to the point of obsession.

Is there a link between her depression and her ability to learn magic?

The first book explores the connection between being a magician and being unhappy. Basically, if you suffer from depression, you're more likely to be able to do magic. On some level, when you feel alienated, it's a very basic urge to want to change the world. I felt the urge had something to do with being a magician. When you have a group of people with problems with depression who are very intellectually gifted, a few magicians are naturally bound to crop up.

In this book, you make the non-magical world look far more appealing than it did in the first book. You take Quentin to a palazzo in Venice, to Cornwall...it all seems pretty fabulous.

In the first book, Quentin's an adolescent. He's got a lot of anger. When I was a teenager, I tended to think, "Screw this, everything sucks, I'm going to get out of here." But now Quentin's grown up some and he's started to appreciate some of the richness of the world. The world has some wonderful things to offer him. I wanted to take him on a tour, to broaden his horizons. If Venice and Cornwall don't open your eyes to the richness of the world, nothing will.

They're nicer than some parts of Fillory.

I wanted to show the exotic parts of Fillory, what happens when magic gets wild. Some are nice, others are mundane. In Quentin's mind, everything is magical, but After Island is depressing and he struggles with the disappointment. Eliot gets the nicer tour. When you go on an adventure, you have to take the adventure you're given, and someone else ends up with the adventure you wanted.

You seem to have left this book wide open for another sequel.

It's bittersweet. I want to say I'm going to do a sequel. If I had a contract and it were a done deal, I'd be able to announce it properly. But there's definitely room at the end for one more.

A few weeks ago, you wrote an op-ed for the Wall Street Journal about how people should have more respect for fantasy novels. Any particular reason?

Well, aside from the general word rate... I do think fantasy is widely misunderstood. I didn't understand until I went from being a fan to being an author. The moment you out yourself, people don't know how to react. Some get excited, some get suspicious. People have this sense that fantasy is something for kids, more than other genres. Detective and science-fiction novels win awards and get assigned in universities. But fantasy is the most radioactive genre. It doesn't get respect. And because I'm a book critic for Time, I have more access than other fantasy authors to platforms like the Wall Street Journal. In the last ten years there have been an astounding, astounding amount of fantasy books that are equal to anything in literary fiction.

American Gods [by Neil Gaiman]. Jonathan Strange and Mr. Norrell by Susanna Clarke is a truly magical book, and it's written in prose that should be the envy of anyone writing today. Kelly Link's short stories. And Catherynne Valente, who's a young writer and very talented. She does things in words that shouldn't be possible.