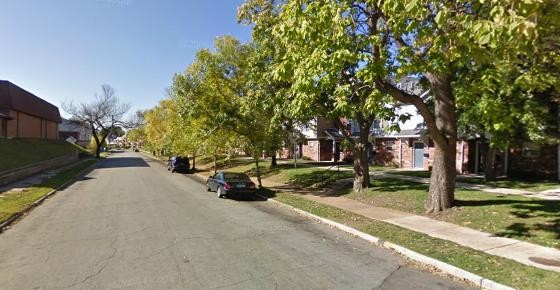 Terrell Mallory was walking out of a home in the 4500 block of McMillan Avenue (above) last night when he was shot multiple times.

Emergency responders arrived to the scene in north city's Lewis Place neighborhood around 8:40 p.m. Sunday, and the twenty-year-old Mallory was later pronounced dead at an area hospital. St. Louis police are looking for a seventeen-year-old suspect who they believe shot Mallory. The teen and Mallory were acquainted, say police.