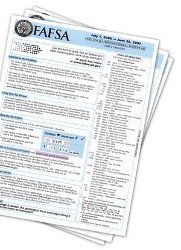 Has the U.S. Department of Education pulled a bait-and-switch by demanding that Saint Louis University fork over $2.8 million in student grants paid out by the government fifteen years ago?

That's what administrators for the Jesuit institution believe, and this week they filed a lawsuit against U.S. Secretary of Education Arne Duncan, rejecting his demands that the money be repaid.

The dispute hinges on a federal statute known as "Professional Judgment." The term refers to the discretion used by a college or university's financial-aid administrators to determine whether certain students -- owing to unusual circumstances -- demonstrate more financial need than what's originally calculated by the government's mathematical formulas. (The formulas tally what's commonly known as a student's "Expected Family Contribution," which is based on what they can afford to pay.)

Put in simpler terms, SLU officials say the law allows them to look beyond cursory financial aid forms and also consider a student's unique situations -- a mother's recent surgery, for example, or a relative's recent death -- when dolling out government-funded aid in the form of Pell Grants.

Arguing that Professional Judgment is not open to interpretation or limitation, SLU officials claim they did not overstep their rights by offering large financial age packages to 126 students from 1994 to 1996.

In the 39-page complaint, which was filed August 8 in federal court for the Eastern District of Missouri, SLU officials state: "The Defendants may not agree and indeed may vehemently disagree with the University's use of Professional Judgment for particular students. However, the Defendants may not assert a liability of $2.8 million based on that difference of opinion, because the authority of college an university financial aid administrators are enshrined in statute."

The formal war might have been declared this week, but the underlying battles between the university and the U.S. Department of Education have been going on since 1998, when a federal audit determined that the students in question were given overly generous Pell Grants. The Department of Education claimed that SLU financial aid administrators exerted too much discretion, overpaying a total of $175,797 -- a figure that was later extrapolated out to a total repayment liability of just over $2.8 million.

The audit was initiated to convince Congress to change the laws governing Professional Judgment, according to SLU.

We reached out to Duncan's office to ask whether other schools have been audited, but our messages were not returned. A SLU spokesman declined to comment other than to reference a recently issued statement.

SLU has a particular beef with Duncan's argument that his office needn't become familiar with the individual cases of the 126 students involved. The complaint includes a handful of verbatim messages written by parents and students like this one, which came from a hand-written note:

"On March 1, 1995 my Dad lost his job. This leaves us with no income or medical benefits until he is re-employed -- my sister is profoundly mentally and physically handicapped -- also uses diapers and is fed through a tube in her stomach. Her upkeep per month is now over $500.00 -- not counting possible medical needs. I have an average of over 3.5 -- I really don't want to have to drop out -- please help us."