Peter Kinder: This Weekend, You Can Meet Him in St. Louis 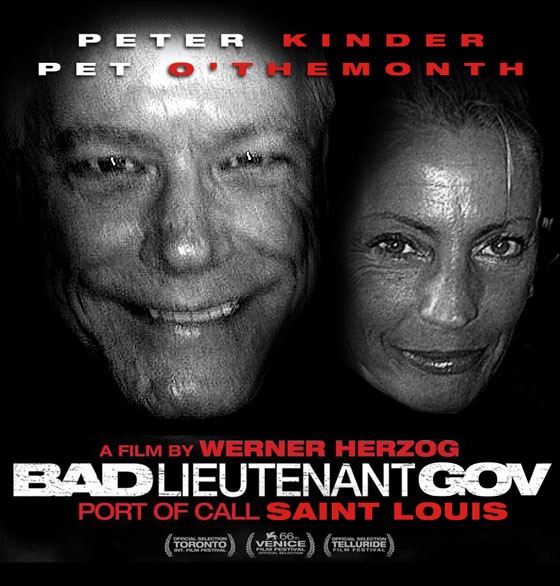 Embattled Lt. Governor Peter Kinder -- suddenly more famous for his brief appearance at a bar known for its pantsless parties and alleged wooing of a Penthouse Pet than his plans to take on Democratic Governor Jay Nixon next year -- is slated to make his first public appearance in St. Louis since scandal began swirling around him Tuesday.

Kinder is expected to be a banquet speaker at "Meet Me In St. Louis," a gathering of black conservatives affiliated with the group Move-On-Up.org. The gathering kicks off tonight at the Crown Plaza Hotel, near Lambert-St. Louis International Airport in Bridgeton.

A spokesman for Sarah Steelman, who is running for U.S. Senate, confirmed her attendance at the conference to Daily RFT this morning; she'll be speaking at tomorrow's banquet. Kinder's spokesman, Jared Craighead, has yet to return our call seeking comment.
But we hear there are a few reasons why candidates might not want to associate themselves with this event -- and we're not even talking about the presence of Mr. Pantsless Party himself.

No, the founder of Move-On-Up.org, Chris Arps, himself has a few skeletons in his closet.

As Daily RFT's Chad Garrison reported last year, Arps is a convicted felon. He pleaded guilty to non-support of a child and was sentenced to jail time, though the sentence was suspended. And that's not all: He's also been sued three times by the Missouri Ethics Commission; in one case, the government agency got a default judgment against him.

And then there was that whole Kenneth Gladney thing -- the young man allegedly attacked by "union thugs." As Garrison reported,

Arps and move-on-up.org didn't have the smoothest of debuts last August when they became involved in an epic fail with Tea Party "patriot" Kenneth Gladney.

After Gladney, a black man, was allegedly beat up by union thugs outside health care forum, Arps paraded Gladney to the NAACP where he demanded to know why the civil-rights agency wasn't investigating the matter.

But, as Garrison reports, the NAACP then crashed Arps' press conference to set the record straight -- turns out no one had never asked the organization to investigate the incident. D'oh! (Gladney's attackers were recently found not guilty in municipal court; apparently, the jury simply didn't believe his claims.)

Arps' controversial record isn't stopping at least one big name from showing up at his shindig: Conference materials show that Andrew Breitbart is expected to be the speaker at tomorrow's luncheon.

Traditional mores, we're sure, gibe nicely with patronage of strip clubs. And "parental rights" definitely fit right in with failing to pay child support. Parker, Arps and Kinder ought to have a lot to talk about out in Bridgeton, don't you think?

(For the record, we're also asking Kinder's spokesman for clarification after Kinder issued a vague statement last night, suggesting ex-stripper Tammy Chapman's "bizarre story" was "not true." Since we originally broke this story, we'd love to know what parts of it are supposedly not true. Is he saying he never met Chapman? Oh, wait -- we have a photo proving that's not true. Is he saying he was not a regular at Diamond Cabaret when she worked there? The UPI reports that, yes, Kinder acknowledged "frequently" visiting strip clubs as a state senator. So what isn't true? We'd love to know. In the mean time, Chapman is standing by her story, and we're standing by ours, too.)