Eugene Burrell: Sentenced to 30 Years in Prison for 2010 Murder 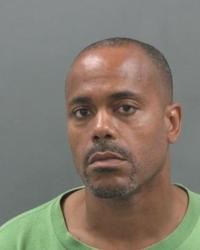 In June, a St. Louis jury found Eugene Burrell, 44, guilty of second-degree murder, armed-criminal action and unlawful use of the a weapon in the August 2010 slaying of Justin Young. Young had thrown a brick at Burrell's window immediately prior to Burrell drawing a weapon and shooting the twenty-year-old dead. In court, Burrell had claimed he acted in self-defense.

Burrell lost his police certification in 1999 after he pleaded guilty to assault and forcible rape charges for which he received suspended sentences.