Daily RFT would like to make a prediction: The crime rate in St. Louis will increase exponentially next month, starting on Thursday, September 15 and continuing through the weekend.

Fortunately for the citizens of St. Louis, though, it will all be imaginary crime. The cause of this great spike is Bouchercon, the world's largest mystery and crime fiction convention. Jon Jordan, the con chair, anticipates that between 1,600 and 1,800 writers, editors, agents and plain old readers will be descending upon the Renaissance Grand Hotel, including guests of honor Robert Crais, Charlaine Harris, Colin Cotterill and Val McDermid. Sara Paretsky will be there to pick up a lifetime achievement award, Laura Lippman and Mark Billingham will run a charity auction (the proceeds will go to the St. Louis County Library) and local authors Ridley Pearson and Laurell K. Hamilton will also be on hand. This is no small-time operation.

Explains Jordan, "People are paying a $175 registration fee, and they're not paying to see someone they've never heard of. We need big names." 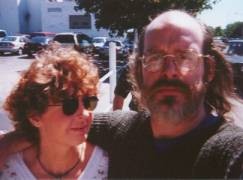 And many of the big names who first started coming to Bouchercon when they were still small names, are happy to oblige. The con is a central gathering place for the mystery community and by now the organizers and the authors are old friends. Crais once made Jordan a character in one of his novels, and McDermid was present when Jordan met his wife Ruth at Bouchercon 1999. (The writer Ian Rankin summoned them all out to a bar for drinks. The Jordans were married a year later, to the day.)

"Bouchercon is the greatest place for fanatical crime fiction fans to meet authors," raves writer Gregg Hurwitz, who attended his first con twelve years ago. "The fans are really knowledgeable. As an author, it's nice to interact with people who know a lot."

Bouchercon began 42 years ago in L.A. when twenty mystery fans met up for lunch with the author Robert Bloch, who is now most famous for writing the novel Psycho. It was named for Anthony Boucher, a writer, editor and translator of Jorge Luis Borges who, in his incarnation as a book reviewer for the New York Times, was among the first mainstream critics to take the mystery genre seriously.

Since then, the con has grown into a massive four-day affair with a host of events, including nearly 100 author panels and the distribution of the Anthony Awards, voted on by fans. It moves to a different city every year, where it's staffed by a cohort of volunteers, all supervised by Jordan from his home base in Milwaukee, where he and Ruth edit CrimeSpree Magazine. This is the first time the con has come to St. Louis. To honor the spirit of St. Louis, one of the main events of this year's Bouchercon will be a charity bowling tournament at Flamingo Lanes to benefit the county library.

"With the amount of money the mystery genre is making, it would be foolish to ignore it," says Jordan. "The only thing that sells more is cookbooks. Some of the best authors working today are writing crime fiction. Our guests of honor have sold millions of books."

In fact, Jordan says, the Renaissance Grand approached him and offered to host Bouchercon. After checking out the bar (a vital ingredient of every Bouchercon; according to Hurwitz, the beverage of choice for mystery and crime writers is apparently bourbon), he accepted, though on the condition that Subterranean Books handle all the book sales for readings and panels. "It's an independent bookstore that needs to stay open," he explains. "Bouchercon should help them earn enough money to carry them through the end of the year."

In addition, Left Bank Books, Big Sleep Books and Star Clipper will all have booths in the con book room.

The book room, however, is posing a bit of a problem for Jordan. "In order to collect taxes," he says, "the city is making everyone get a temporary vendor's license. Even the local stores and people who are giving away free samples have to get a permit. It's $25 a day. No one's ever heard of anything like this before. I hope to get this squared away before the con."