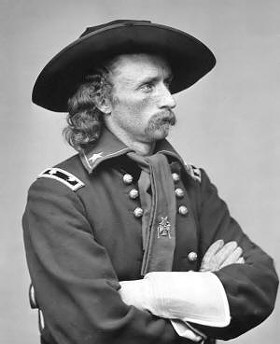 Things have not been going all that well for the Cardinals lately.
What's that, you say? You expected an expletive-laced tirade directed at the manager, the relievers, and the offensive centerpiece who is hitting under .150 against the Milwaukee Brewers this year, and can't believe I went with such an understated, mild opening?
Well, see, you would usually be right. But right now we're talking about a team dropping the first two games of a series at home to the team they're chasing, staring down a five game deficit, losing one of their best relievers for an unknown period of time, and receiving the further bad news yesterday that Matt Holliday hurt himself lifting weights and it may, in fact, be a little more serious than not serious at all.
So yes, I would usually be a bit more perturbed by all of this. However, the heady elixir called Resignation is percolating through my bloodstream currently, and I just can't really get too very upset right now.
Also, and I cannot stress this enough, this season has taken on a bit of a comic tone for me. After all, the Cardinals began the season with the threesome of Matt Holliday, Colby Rasmus, and Lance Berkman in the outfield. Two veteran sluggers with borderline Hall of Fame credentials and one of the most promising center fielders in the game, coming off an .850 OPS season and not yet 25 years old. Last night the Cards' outfield consisted of Allen Craig (who is the jewel of this group, by the way), Jon Jay, and Corey Patterson. I don't think I have to tell you that doesn't quite match up. Oh, and did I mention that was the starting outfield in what was probably the most important game of the season so far?
Just for the record, here is Corey Patterson's career line: .253/.291/.401. That's an OPS of .692, an OPS+ of 80. And for some reason he's been seeing all kinds of playing time for a team which fancies itself a pennant contender. The Cubs cut him loose! How can the team not see this?!
Sorry. I'm calmer now.
Tonight the Cards face what is as close to a must-win game as you can possibly have in August. Take the game tonight, and our hopes for playoff baseball here in St. Louis stay alive. On life support, and requiring a constant vigil of Republican senators to keep them going, sure, but still alive. Lose tonight, and things just don't look very good at all.
That's not to say six games is an insurmountable deficit, of course. There have been a few teams throughout baseball history who have come back from greater odds. But honestly, does anyone out there really feel like this team is capable of going on one of those ridiculous runs, winning 14 of 16 or something along those lines? Because I really don't.
So this may very well be the Redbirds' last stand. At least they have the right guy on the mound. Chris Carpenter, as flawed as he has appeared at times this season, still has that certain something which can, every once in awhile, make you believe it's impossible for him to lose, that he'll just pick the team up, scream out something obscene at the opposing hitters, and carry us all to victory.
Still, they're also going to likely have to make this stand without Matt Holliday, who has been the team's best hitter this year when healthy. They'll also have to do it with Albert Pujols hitting .128/.186/.179 against Milwaukee this season. That's right, Albert Pujols, the man who has been the driving force behind the Cardinal offense for better than a decade now, is putting up a .365 OPS against the team the Cardinals most need to beat.
And, lastly, they'll probably also have to make this stand with both Corey Patterson and Ryan Theriot in the ballpark. That, for me, is the kiss of death. No team can possibly overcome both of those ex-Cub lampreys sucking the very essence out of them. Why the Cards thought they could handle that kind of negative karma is really beyond me.