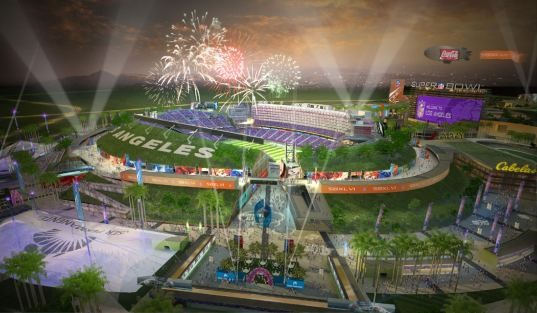 The Los Angeles City Council this week approved financing for a new downtown stadium, paving the way for the NFL to return to Hollywood for the first time since the Rams left in 1995.

Speculation is ripe that the Rams might be one of the teams interested in moving to Los Angeles. Though, in reality, there are several franchises more likely to move, including the Jacksonville Jaguars and two of California's three current NFL teams: the San Diego Chargers and the Oakland Raiders.

Still, the Rams contract with St. Louis, which allows the team to leave town if the Edward Jones Dome isn't a top-tier stadium by 2015, is enough to cause alarm.

This week St. Louis Public Radio asked Mayor Francis Slay about keeping the team in St. Louis. Here's what he had to say:

"We have a pot of money; there is money available for doing that," said Slay, while also noting:  "Now, there's not enough money to put $200 million in new improvements or to build a new facility. "