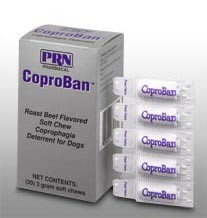 A pharmaceutical company in Creve Coeur believes it may have come up with a way to solve the meth epidemic in Missouri and elsewhere.

Highland Pharmaceuticals made news last week on one of the local TV stations (Fox 2, I think) for its technology that it says makes it impossible to turn cold medicines into meth. Now its getting more media attention.

Per an article this morning in the St. Louis Beacon:


Highland says it has developed an alternative drug product, a pill that's tamper-proof: Meth cookers can't extract the pseudoephedrine to create the crystals that addicts crave. Assuming its approach proves effective, the pharmaceutical company says its outside-the-box approach could be a breakthrough in putting meth labs out of business.

We checked out Highland's website today, and we gotta say: If anyone can stop people from consuming meth, it has to be Highland. Why?

In addition to making cold medicines and energy supplements, Highland also manufactures the roast-beef flavored Coproban. According to Highland, Coproban is a "dietary supplement to deter dogs and cats from the potentially harmful habit of stool eating (coprophagia)."

So, it's just a natural progression, really. If Highland can prevent animals from eating shit, what's to stop them from doing the same for humans?