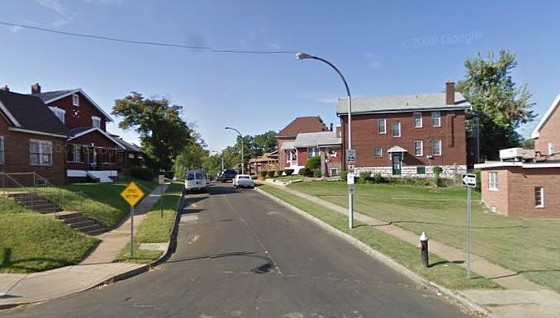 According to police, 33-year-old Meosha Jordan, her boyfriend and several others were sitting on her front porch in the 5700 block of Pamplin around 11 p.m. last night when 23-year-old Darryl Robinson walked up and asked Jordan if her brother was home. Jordan said yes, and Robinson, of the 9700 block of Dennis Drive, then barged inside the home, according to witnesses.

When Jordan tried to open the door, she found it being held closed from the inside. Robinson then began banging on the door, at which point Robinson allegedly opened the door and pointed a gun at her. Robinson's 39-year-old boyfriend then drew his own weapon -- but couldn't stop Robinson from shooting Jordan in the shoulder, with the bullet exiting through her chest. The boyfriend immediately returned fire, striking Robinson multiple times. Both were pronounced dead at the scene.

Meanwhile, Jordan's 39-year-old brother, who was inside the home, was also found shot in the side and hand and is listed in critical condition at an area hospital. Police aren't sure if Robinson shot him while inside the home or if he was a victim of the crossfire moments later. Jordan's boyfriend has not been charged with wrongdoing, as police believe he acted in self-defense.

Meosho Johnson is at least the 82nd homicide in city limits this year.