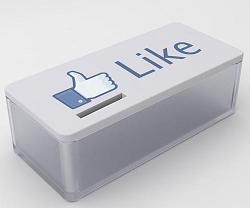 Facebook has asked a federal judge in southern Illinois to dismiss a class-action lawsuit filed in June on behalf of two Granite City moms.

The suit filed on behalf of the children of Melissa Dawes and Jennifer DeYoung alleges that Facebook inappropriately uses its "like" feature to monitor the interests of minors and then use those interests to market products to others within the minor's social network.

"Facebook has two choices," Aaron Zigler, the attorney for the moms, told Daily RFT in June. "It can either either get parental approval to allow minors to appear in enhanced ads, or it needs to get rid of that feature for its users under the age of eighteen."

Facebook has now responded to the lawsuit, asking the judge to toss it out on constitutional grounds.  "Expressions of consumer opinion, such as the plaintiffs' Like statements challenged here, have repeatedly qualified as matters of public interest under the First Amendment," Facebook argues in its motion to dismiss.