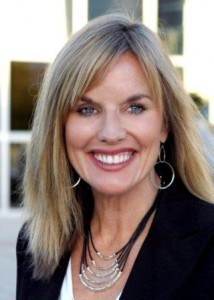 Republican Senate candidate Sarah Steelman has weak fundraising, subpar name recognition, and a primary opponent who has gained support from the seemingly powerful conservative wing of the party.

Her only weapon may be that she is not a member of the Washington Establishment. And with anti-Washington sentiment at an all-time high after the debt ceiling debate, she's doubling down on her anti-establishment position.

Last week, Steelman started an online petition demanding that the twelve members of Congress who form the debt-reduction Super Committee refuse to take donations from lobbyists and political action committees. It was an astute campaign move that illustrates the danger Steelman poses to Republican frontrunner U.S. Congressman Todd Akin (and perhaps even to Democrat incumbent Senator Claire McCaskill).

First of all, the "For a Clean Super Committee" petition makes sense and looks great in headlines. It plays into the public's frustration with the current political climate, as well as the public's desire to see a cleaner debt-reduction agreement this winter. Steelman is casting herself as the public's defender, holding elected officials accountable.

More than that, though, it's a move that neither Akin nor McCaskill could have made. It would be risky for one of them to pass judgement on another politician's campaign contributors -- even more so considering the committee would include members of their own party. And since the committee has not yet been named, the petition essentially questions the integrity of the entire Congress, of which Akin and McCaskill are a part.

The Steelman campaign has shown, as of late, that it knows its strength and stays on message. The petition is a sturdy bullet point for Steelman -- tangible action to back up the anti-establishment rhetoric.

As for McCaskill, last week she co-sponsored the balanced budget amendment filed by Democrat Senator Mark Udall (who actually endorsed this legislation earlier in the year). Unlike the Republican versions, this amendment protects social security, wouldn't require a two-thirds vote for tax raises, and prevents Congress from passing tax breaks for people who earn more than $1 million dollars (unless the federal budget is in a surplus... so not for the foreseeable future), which means the Bush tax cuts would be forced to expire at the end of the year.

This strengthens McCaskill for the general election. By supporting a Democrat-endorsed balanced budget amendment from the start, she has neutralized a crucial Republican talking point. It's no surprise that, of the five Senators to co-sponsor the legislation, three are facing re-election in 2012.

The fact that she and two other campaigning Democrats felt the need to co-sponsor a balanced budget amendment illustrates just how much the Tea Party caucus of the Republican party has dictated the national discourse. Three weeks ago, Democrats proclaimed that adding a balanced budget amendment to the Constitution was an absurd and redundant notion (though part of that sentiment was because the amendment was tied to the debt ceiling vote). Now they've created their own iteration.

Of course, this is a different time and it is sensible for the Democrats to construct their own balanced budget amendment. According to last Tuesday's debt ceiling agreement, if the Super Committee is unable to agree over the $1.2 trillion in additional cuts, domestic and defense cuts will be triggered unless Congress passes a balanced budget amendment to the states for ratification.