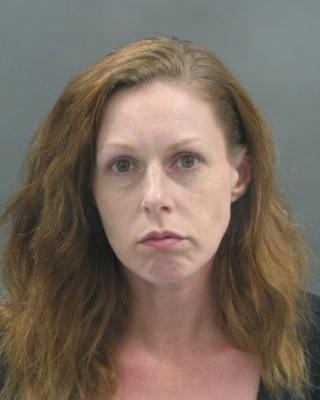 Angela Fletcher, the south-city divorcee who framed another woman by sending her own boyfriend 897 graphic, sexually violent text messages, was supposed to receive her sentence yesterday. A jury found Fletcher guilty last month of harassment, making a false report and making a false declaration -- the only thing that remained was the penalty. Prosecutors were asking for two years in prison.

But St. Louis Circuit Court Judge Paula Bryant was not able to mete out Fletcher's punishment: Fletcher failed to show up in court.

Daily RFT was in court yesterday afternoon as  Fletcher's attorney explained her absence to Judge Bryant and assistant circuit attorney Christopher Finney. Apparently, Fletcher had an appointment with her "hand doctor" -- and chose to keep it rather than show up for her sentencing.


Sentencing, for the record, is not optional for criminal defendants. A warrant has been issued for her arrest. And Fletcher's family is now out the $5,000 cash bond they put down to secure her release from jail prior to her sentencing.

But really, we can't say we're surprised by the whole thing: If you'd sent your boyfriend 897 graphic text messages over a period of just six weeks -- an average of nearly 150 texts every single week, many of them in rapid bursts -- you might need a hand doctor, too. Carpal tunnel syndrome, y'know?

We're sure Judge Bryant is going to be oh-so-sympathetic once Fletcher finally shows up for sentencing...

P.S. Curious what kind of crap Fletcher was texting? Here's one sample message: "angie will be torchered and raped alot then killed her body wont be found this will be taped so we can watch it i hate the fucking cunt she will die"...

The "fucking cunt" in question is actually Fletcher herself. She sent the 897 graphic messages from a pre-paid cell phone, pretending to be a coworker obsessed with her. After Fletcher and her boyfriend, Nicholas Barrale, obtained orders of protection against the coworker, the poor woman was arrested -- twice -- for supposedly violating the order by continuing to text Barrale the nasty messages. It was only after she protested her innocence that Clayton Police began to unravel the case.