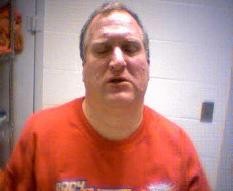 If you've been following the disappearance of Jacque Sue Waller, you may have asked yourself, What kind of attorney would represent Waller's estranged husband, Clay Waller?

Clay has been named a "person of interest" in Jacque's disappearance and was the last person to see the southeast Missouri mother of triplets alive. Clay Waller has refused to cooperate with police since shortly after Jacque went missing June 1 and has never been charged in the case.

However, the Cape Girardeau sheriff's department did arrest Clay Waller for other crimes Friday, taking him into custody for allegedly harassing a friend and stealing from a business client. On Saturday, Waller's attorney, Scott Reynolds, blasted the sheriff's office, claiming his client was arrested on drummed-up charges so law officials could interrogate him about Jacque's disappearance.

"I've been at this for 22 years, and I've never been denied access to a client like this," Reynolds told the Southeast Missourian on Saturday.

Turns out, though, that Reynolds has had his own brushes with the law.

Last October Reynolds pleaded guilty to third-degree domestic assault from an incident in February 2010 and was sentenced to his time already served in jail -- 28 days. According to reports, police arrived to Reynolds' home after his fiancée ran to a neighbor's home and called police.

A probable cause statement revealed that the two got into an argument over a phone call and a picture message sent to Reynolds' cell phone. Reynolds then dragged his fiancée into the bedroom, where he allegedly choked her, punched her in the face and yanked hair from her head. He then was accused of aiming a gun at his fiancée -- and pulling the trigger -- but the handgun failed to fire because the woman had removed the bullets the previous day. The fight occurred in front of the victim's six-year-old child.

Sound familiar? Anyhoo, there you have it. That's a glimpse into the attorney representing Clay Waller.