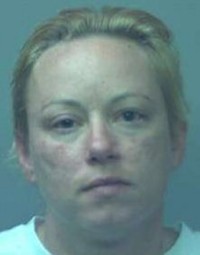 Erin Lottmann of St. Charles was reportedly sober when her fifteen-month-old nephew was placed in her care around 8 a.m Monday morning.

But St. Charles County Prosecutor Jack Banas says that Lottmann must have begun drinking immediately. By 11 a.m. Lottmann was hanging out drunk in the backyard pool, according to police, as the little boy lay dead from drowning. According to Banas, Lottmann was cognizant enough to remove the baby from the pool, even while she continued to swim after his death. It was Lottmann's 14-year-old daughter who realized the child had stopped breathing when she came outside the house.

"When the 14-year-old told the mother that the child was not breathing, she just said, 'Oh really?'" Banas told KTVI yesterday. "That was in the probable cause statement as one of the statements she made. It's pretty sad."

Lottman is charged with first-degree involuntary manslaughter and endangering the welfare of a child. She's being held on a $100,000 cash-only bond.