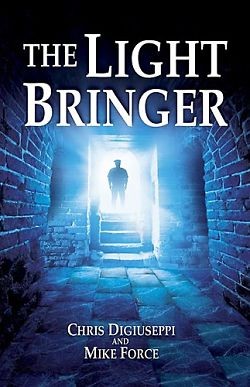 This week, The Light Bringer, a supernatural thriller by two St. Louis cops, Chris DiGiuseppe and Mike Force, returned to the bestseller list, this time at number five. That's the main reason we like this local bestseller list: It's a way to show some love to local authors. Also, where else would a book like Founding St. Louis by Frederick Fausz even have a chance at a bestseller list? (It's probably a useful read this time of year, to remind us why the hell somebody ever wanted to build a city on this miserable hot and humid patch of land.)

Elsewhere on the list, one writer has achieved the elusive dream, to appeal to both adults and children, and no, don't worry, it's not Adam Mansbach of Go the Fuck to Sleep fame. No, it's Meg Cabot, who first became famous for being the person responsible for the Princess Diaries series but who now churns out at least three books a year. Whatever you think of her work, it's hard not to admire that level of productivity. Anyway, this year she's already published two paranormal romances, one for adults and one for teens (Insatiable and Abandon), plus a paperback reprint (Overbite) and you, St. Louis readers, are snapping them up. Or taking a big bite out of them. Or sucking them dry. Like Cabot's oeuvre, the potential for vampire puns is never-ending.

1. Go the Fuck to Sleep by Adam Mansbach and Ricardo Cortés 2. The Help by Kathryn Stockett 3. Heaven is For Real by Todd Burpo 4. Bright's Passage by Josh Ritter 5. The Light Bringer by Chris DiGiuseppe and Mike Force 6. The Devil All the Time by Donald Ray Pollock 7. Overbite by Meg Cabot 8. Insatiable by Meg Cabot 9. Game of Thrones by George R.R. Martin 10. Founding St. Louis by Frederick Fausz