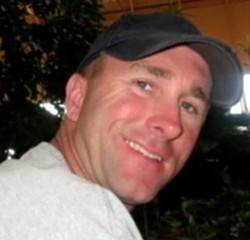 The Missouri man whom police have called a "person of interest" in the disappearance of his estranged wife was arrested this weekend, though not for the anything to do with the now two-month-old case of Jacque Sue Waller. At least, not according to police.

As the Southeast Missourian reports, the Cape Girardeau Sheriff's Department arrested Clay Waller on Friday, charging him with theft and harassment. The theft charge regards a $55,000 check that Waller's development company was given as a down payment for work it never completed, according to the paper.

The harassment charge involves a former friend of Waller's, Gary Hill, who accuses Waller of making a threat on his life. Hill is currently going through a divorce and claims Waller has been harassing his soon-to-be ex-wife, who asked Hill to tell his buddy to leave her alone. The Southeast Missourian reports that Hill's spouse had filed a restraining order against Waller that's yet to be served.

Meanwhile, Waller's attorney accuses the police of drumming up the charges against his client in an attempt to further interrogate Waller about his wife's disappearance. Jaque Sue Waller, the mother of Waller's five-year-old triplets, went missing June 1 after meeting her estranged spouse to discuss their divorce. Waller was the last person to see Jacque alive and has stopped cooperating with the police investigation into her disappearance.

Waller's attorney, Scott Reynolds, says he was denied access to his client Friday night and into Saturday morning as authorities interrogated Waller for seven hours. Waller has denied any of the recent charges and is scheduled for a court hearing this afternoon. He was being held over the weekend on a $65,000 cash-only bond.