Nikki Glaser, Standup from St. Louis: "I'm Sure Some Crowds Think, 'What a Dumb Slut.'" 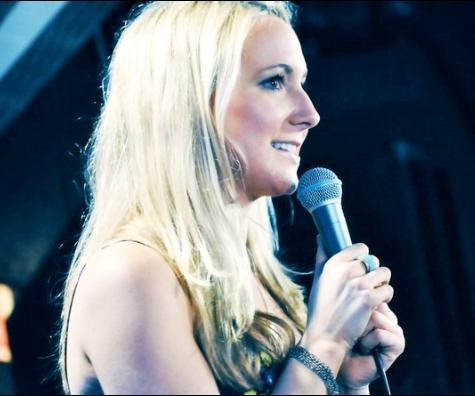 Right after Kirkwood native Nikki Glaser won "Best Standup Comedian - Female" in the RFT last autumn, she moved off to New York -- possibly because a lifelong dream had finally been achieved. But she's back in town this weekend, for shows tonight and Saturday at Brennan's in the Central West End. We caught up with her earlier this week.

Daily RFT: So you're all settled in the Astoria section of Queens. How's the new digs? I saw on the Twitter there was a little confusion in your apartment.

Nikki Glaser: I had been drinking out of this water jug for a couple days, and it wasn't labeled. So on the last night, I come home to drink out of it and it has a note that says 'Do not drink, contains medicine.' I don't really speak to my roommate (we have that kind of thing going on), so I don't really know what kind of medicine. But my skin has been glowing recently. I gotta find out what she was putting in there. It was really working for me.

You still tour a lot -- what kinds of stuff have you been learning recently?

I've been on road now for almost seven years, and I'm really enjoying it, but I'm learning that I don't want to be on the road forever. I'm a woman, and at some point I'm going to want to settle down. It's hard to get work done when you're on the road. My act is a lot about how I'm at an age where I should have my shit together, but I don't yet, and I'm trying to figure out how to do that. All my friends are getting married, and I'm still out doing all the things I did when I was nineteen. Which is great in one respect, but in another it's like, 'What am I doing?'

Is that just a result of living the life of a road comic?

Every night I'm performing at a bar, and I'm usually getting drinks for free, and that breeds a certain lifestyle -- whether you want to fall into it or not. There are times I have to beeline for my hotel room when I get off stage to get work done.

Do you hang out with other comics a lot?

95 percent of my friends are comedians. I do comedy every night, so I want to be around people are doing it too. I'm still friends with people from high school, but it's so hard to keep in touch. I call them "normies." It sounds deragatory, but I mean that in the best sense. I love my normal friends. It's just hard to get them to go out to shows every night. It's a different scene.

There are so many male comics, and you're probably surrounded by them often by nature of the job. How do they interact with you? Do they hit on you, or do they hate on you?

I'm attracted to funny men, so it's nice for me to surrounded by them -- as friends and people I date. It's a good social scene because I feel like we're all like-minded....Bitter comedians are always gonna say, 'She only got that [gig] because she's a chick, or she's hot,' or whatever. But at the end of the day, there's a lot of things we don't get because we're 'hot chicks.' I mean, maybe I have been booked in the past because a guy was like, 'Wow, she's hot.' But I'm funny enough to justify him booking me. And there are times when I haven't been booked because of that. So it all balances out.

You talk about ostensibly personal things onstage, but that's just your act --

I insinuate that I've slept with over 60 men in one of my jokes. And obviously, that's a humongous exaggeration. It's only like 50.

No, 60 is a crazy number that's nowhere near what my real number is. There's a double-side to my act: One side of it are very vulnerable. On the other side, I write jokes -- and I can't pass up telling a good joke, even if it paints me in a horrible light. I respect my audience and trust them enough to know I didn't really sleep with 60 men. I mean, I hope they think that. I'm sure some crowds are like, 'What a dumb slut.'

Does the personal nature of what you're saying ever give folks in the crowd the wrong impression about where your boundaries are, after the show?

TOTALLY. It happens all the time. Guys are drunk and they hear a chick onstage in a skirt talking about doggy style, and they'll approach me after and say 'You're fuckin' nasty,' and they grab me in an inappropriate way. I do get a little taken aback by it, because offstage I'm very much a feminist. I'll literally be like, 'Excuse me, I'm a lady.' I get really old-fashioned about it.

But even onstage, while the things I'm saying paint me as a sad slut sometimes, I'm taking a stand against misogyny by playing this character of a sad girl.

So, I'm a lady offstage and a freak on the stage.

I've had a lot of people shout at me in the parking lot, [stuff like] "I'd fuck you in the ass!" You get that all the time. Some guys are just dumb and they don't get the undertones of my act. But I take that risk. You gotta. And it makes for good stories.

One guy saw me on [the recent documentary] I Am Comic, and he emailed me, "Hey, just letting you know, I live with my parents in Boston, you seem of equal attractiveness to me, so if you're down to fuck, it seems like you don't get laid enough either." And I was like, 'He totally just solicited me for sex.' There was no money involved, just a sad sexual encounter involved. I don't think a normal girl would get that kind of email from a stranger.

I thought, how fortunate. It's really a blessing that people feel so comfortable to be so disgusting and filthy with me. But that's what I signed up for.

Nikki Glaser will be at Brennan's Friday and Saturday night. For reservations call