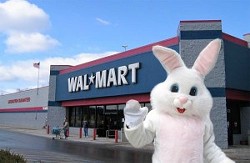 A new study is out comparing St. Louis to 34 other metro areas in the U.S. in everything from cost of living to crime to migration and health. So, how does the St. Louis region stack up?

You might compare us to Walmart with its "Save Money; Live Better" slogan. (Well, the first part of that slogan, anyway.)

The Metropolitan Statistical Area (composed of St. Louis and fifteen surrounding counties) is a cheap place to live, ranking sixth in purchasing power and seventh in the number of inexpensive homes, with 84 percent considered "affordable." We're also not as dangerous a place to live as you might think. Although we rank high in murder rates (No. 7), our total crime rate as a region comes in at No. 21.

Like Walmart greeters, our population is also relatively old, with a median age of 37.8, which makes us No. 8 nationally. And like the People of Wal-mart, we're not a particularly elegant bunch. Twenty-three percent of us smoke, ranking at No. 3 behind Oklahoma City and Louisville. We're No. 4 in binge drinking and 28 percent of us (No. 8) are obese.

So, do those last statistics also mean that we enjoy life?

"Unfortunately, there is no indicator for that," says the study's author Mary Rocchio of the East-West Gateway Council of Governments, which comes out with a similar report every four or five years.

Other highlights of the report include news that while we're not growing as slowly as New York, Boston and Los Angeles, we continue to be a slow-growth region, ranking No. 27. Most all of that growth, too, has come via our own reproduction -- more people leave the area than move into it.

You can check out all 88 pages of the report at the agency's website, ewgateway.org.