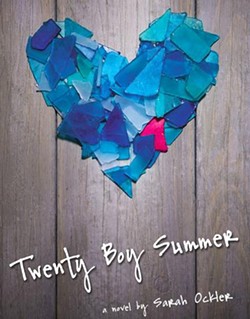 Last year Daily RFT told you about Missouri State professor Wesley Scroggins and his effort to ban three books from his children's school district that he found offensive and contrary to the teachings of the Bible.

Yesterday the Springfield News-Leader reported that Scroggins accomplished two of his three goals, getting the Republic school district in southwest Missouri to remove from its libraries Kurt Vonnegut's Slaughterhouse Five and Sarah Ockler's Twenty Boy Summer.

District superintendent Vern Minor tells the Springfield daily that the board applied existing policy and the rating systems for music, TV and video games in determining the merits of the books.

In so doing the school board found Vonnegut's World War II classic to be more appropriate for college-aged students because of its foul language and crude scenes. Ockler's Twenty Boy Summer, about a girl's plan to meet said number of boys in the hopes of coming to grips with the death of her boyfriend, was seen as "sensationalizing sexual promiscuity." Also it had scenes of minors drinking. (As we reported last September, Judy Blume and other authors have joined Ockler in fighting the district on the matter.)

The district did, however, reject Scroggin's desire to also ban Laurie Halse Anderson's Speak, which is about a girl overcoming a date rape. The superintendent noted that the book used just one page to "tastefully, not graphically" describe the rape and contained only three instances of profanity in the entire novel.

To which we say, fucking hooray.