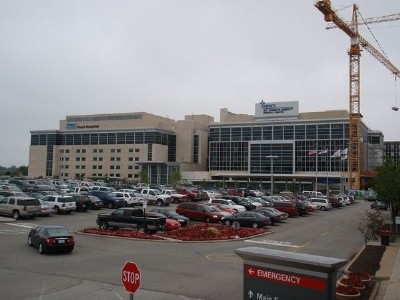 The area's largest Catholic hospital system, St. John's Mercy Health System, has lost its bid to change the way new health care facilities are permitted in Missouri -- and, not so coincidentally, stop a competitor from constructing a new facility in St. Louis County.

St. John's Mercy had sought to block the state from approving the new facility, to be called Patients First Community Hospital, or Patients First. (It's part of a growing group headquartered in Washington, Missouri.) But the appeals court rejected the hospital's arguments in an opinion released this morning.

The state has long required new health care facilities to obtain a "certificate of need" showing their services are needed -- but, since 1996, it's exempted facilities costing less than $1 million from that process. Pointing specifically to Patients First's plans to build a new three-bed facility in St. Louis County, St. John's Mercy had challenged that exemption as unfair.

The Patients First facility was to cost $953,750 -- slipping right under the line in which a certificate of need would be required.

The opinion, penned by the Court of Appeals Eastern District's Chief Justice Kurt S. Odenwald, finds that St. John's Mercy had standing to challenge the exemption. But, as Odenwald writes, the hospital system ultimately failed to show why the exemption should not stand.

St. John's Mercy had argued that the exemption wasn't valid because it conflicted with a different regulation requiring all new hospitals to get a certificate of need. But Odenwald suggests that argument is silly on its face:

"[L]ogically, we can only conclude that had the legislature intended for all new hospitals to require a certificate of need, there would have been no reason for the 1997 amendment," he writes. "We do not presume the legislature to enact meaningless provisions."

We're not quite sure why Odenwald is so optimistic when it comes to the Missouri Legislature. (Really, has he seen the silliness coming out of there lately?) But surely, today's ruling is good news for health-care consumers. Since when is competition such a terrible thing?